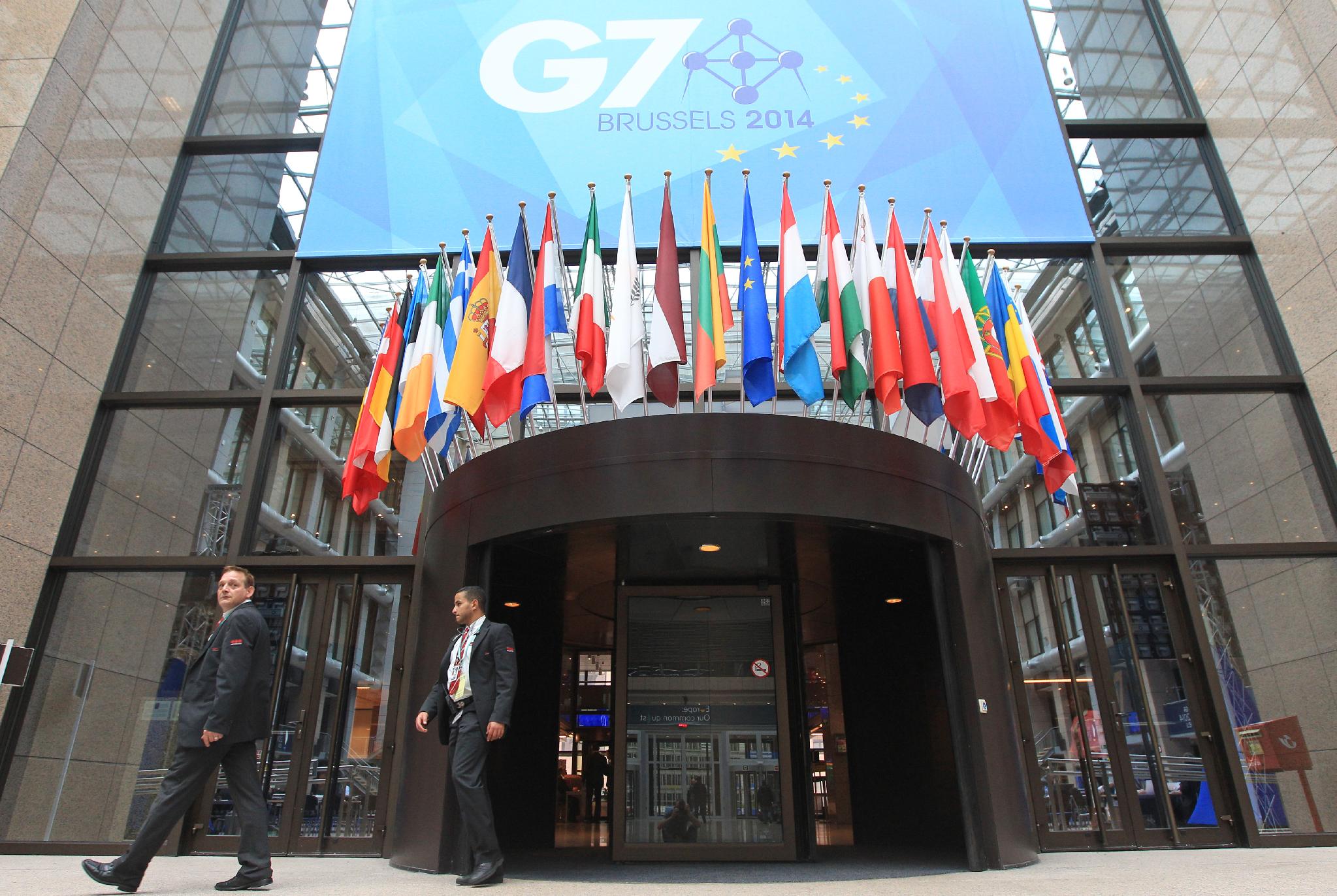 TODAY: G7 leaders meet without Putin, are united against Russia; Putin evades questions of Russian involvement in Ukraine crisis; ‘foreign agent’ label to be placed on NGOs without their permission; Sechin calls for domestic limitations to energy rights; Gazprom may need recapitalisation; HSBC follows Lloyds out of Rosneft deal; Putin retort to Clinton; Kadyrov the ‘kind’.

G7 leaders in Brussels met without President Vladimir Putin yesterday, announcing that they are united in condemnation and prepared to impose further sanctions on Russia in retaliation for its ‘continuing violation’ of Ukraine’s sovereignty.  U.S. President Barack Obama accused Russia of using ‘dark tactics’ to maintain influence in the region.  But Putin was not snubbed entirely, as British, French and German leaders all arranged to meet him on the sidelines of talks later this week. (They can all ‘expect plenty of bravado,’ says Reuters.)  According to Newsweek, both the Russian and Ukrainian press reveals ‘plenty of evidence of military, political, and financial support by Russia for separatist groups’.  Speaking to the French media, Putin evaded questions about whether Russian troops were involved in the Ukraine crisis: ‘Proof?  Why don’t they show it?’  Water shortages in Crimea are one aspect of ‘huge logistical hurdles’ Russia faces in transferring the republic’s dependence away from Ukraine.

Under a new law signed by Vladimir Putin, foreign-funded NGOs will be able to be labeled as ‘foreign agents’ without their consent.  Rosneft head Igor Sechin suggested that the Kremlin limit new oil and natural gas rights to domestic investors; Putin wants Russia’s energy sector to reduce its reliance on foreign equipment.  He also said that Gazprom, in the wake of its 30-year gas deal with China, may need new capital in order to provide the pipelines and new fields that will be required.  Following yesterday’s news that Lloyds Bank will pull out of a $2 billion loan for Rosneft, HSBC said it would follow suit.  Russia move towards closer ties with North Korea – dubbed ‘Putin’s Pivot’ – has been happening at an accelerated rate since the Ukraine crisis began.

Putin made some sexist remarks about U.S. Secretary of State Hillary Clinton in response to her comparison of him with Adolf Hitler.  Chechen leader Ramzan Kadyrov has been awarded a prize for his ‘kindness and humanity’ by Russia’s National Public Recognition Fund.

PHOTO: Two security guards pass the entrance of the European Council building in Brussels ahead of a two-day G7 meeting, Wednesday, June 4, 2014. The leaders of the G7 will deliberate their next steps in response to the enduring unrest in Ukraine, after sidelining Russia for its role in the crisis. (AP Photo/Yves Logghe)