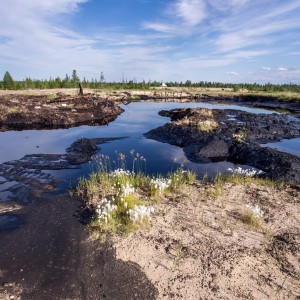 The conflict in Ukraine has witnessed its worst month in over a year, in terms of both civilian and military casualties, with the UN reporting an escalation in hostilities that has left 8 people dead and 65 injured.  The reason that the conflict goes on, says RFE/RL, is because it is the only leverage that Moscow has over Kiev, and thus the Kremlin has no real incentive to implement the Minsk agreements.  Despite Ukraine’s refusal to give preliminary consent, Moscow maintains that its proposed candidate to be ambassador in Kiev, Mikhail Babich, is the person for the job.  Estonia is mulling the establishment of a five-kilometer security buffer along its border with Russia to ‘strengthen border control and the security and defense of the state border’.  U.S. President Barack Obama has expressed uncertainty as to whether he can trust Moscow to cooperate with Washington in the war in Syria, but remains ‘prepared to work’ with Russia.

With elections looming, monitor Golos has investigated the funding of political parties and found that a number of them obtain covert state funding through government contracts, with private companies seeming more likely to win the latter if they donate a contribution to United Russia.  The Duma may have introduced anti-terror laws which heighten surveillance of citizens’ communications, but the three major Russian mobile operators have all confirmed that the equipment to do so cannot be produced in Russia (nor, in some cases, anywhere).  The Guardian reports on oil spills in the Komi Republic, where 60% of pipelines are deteriorating, and Greenpeace estimates there are 201 contaminated sites.  Although the lives of more than 14,000 women are lost to domestic violence per year, ultraconservative Federation Council senator Yelena Mizulina still supports the decriminalization of battery within families.

Until Russia can arrive at annual growth of 3%, it is unlikely that the current rapid pace of de-licensing domestic banks will end, reports Bloomberg.  Privately-held Russneft has reportedly submitted a bid to purchase the government’s stake in oil giant Bashneft.  A total of 270 Russians will be able to compete in the Rio Olympics, the Russian Olympic Committee has been pleased to announce.