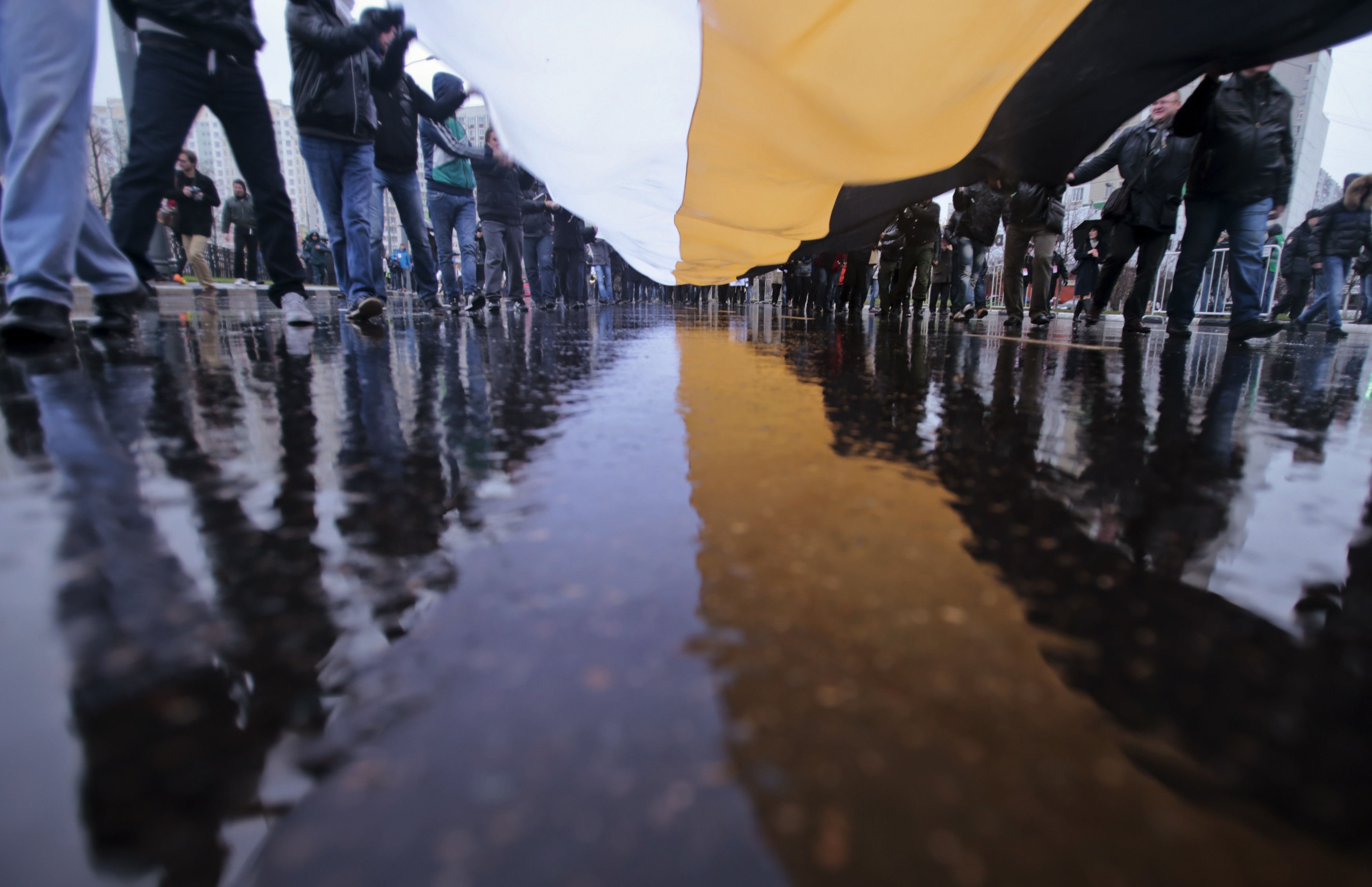 Thousands of Russians participated in Unity Day marches in dozens of towns across the country yesterday, chanting nationalist slogans and urging violence against minorities.  (The holiday was, ironically, created as a celebration of diversity.) A reported 30 people, a small fraction of the initial 20,000 that allegedly turned up, were detained for misdemeanours such as using Nazi slogans.  Some 54,000 people also joined a religious procession in St. Petersburg.  Patriarch Kirill awarded President Vladimir Putin with a prize – newly established this year – to honor his efforts to turn Russia into ‘a powerful and strong country’.  Amnesty International is calling on the St. Petersburg authorities to prosecute those involved in a homophobic attack on a gay rights NGO that left two people injured (one of them partially blinded). ‘If nothing is done to combat the hate, the ground is fertile for further violence,’ said Amnesty’s statement.  Moscow Mayor Sergei Sobyanin fired two of his officials in connection with last month’s anti-migrant riots in Biryulyovo.

Where is Nadya Tolokonnikova?  Prime Minister Dmitry Medvedev backtracked on earlier comments about Ukraine, saying that gas supplies would not be cut, and denying that there was any animosity from Russia over its neighbour’s involvement with the European Union.  The EU’s antitrust probe into Gazprom is expected to be completed by the spring.  Former Defense Ministry property head Yevegnia Vasilyeva says fraud charges against her are a politically-motivated bid to pressure her into testifying against her former boss, Anatoly Serdyukov.

PHOTO: Russian nationalists carry a historic flag of the Russian empire as they attend a “Russian March” demonstration on National Unity Day in Moscow November 4, 2013. Russia marks National Unity Day on November 4 to celebrate the defeat of Polish invaders in 1612. REUTERS/Tatyana Makeyeva