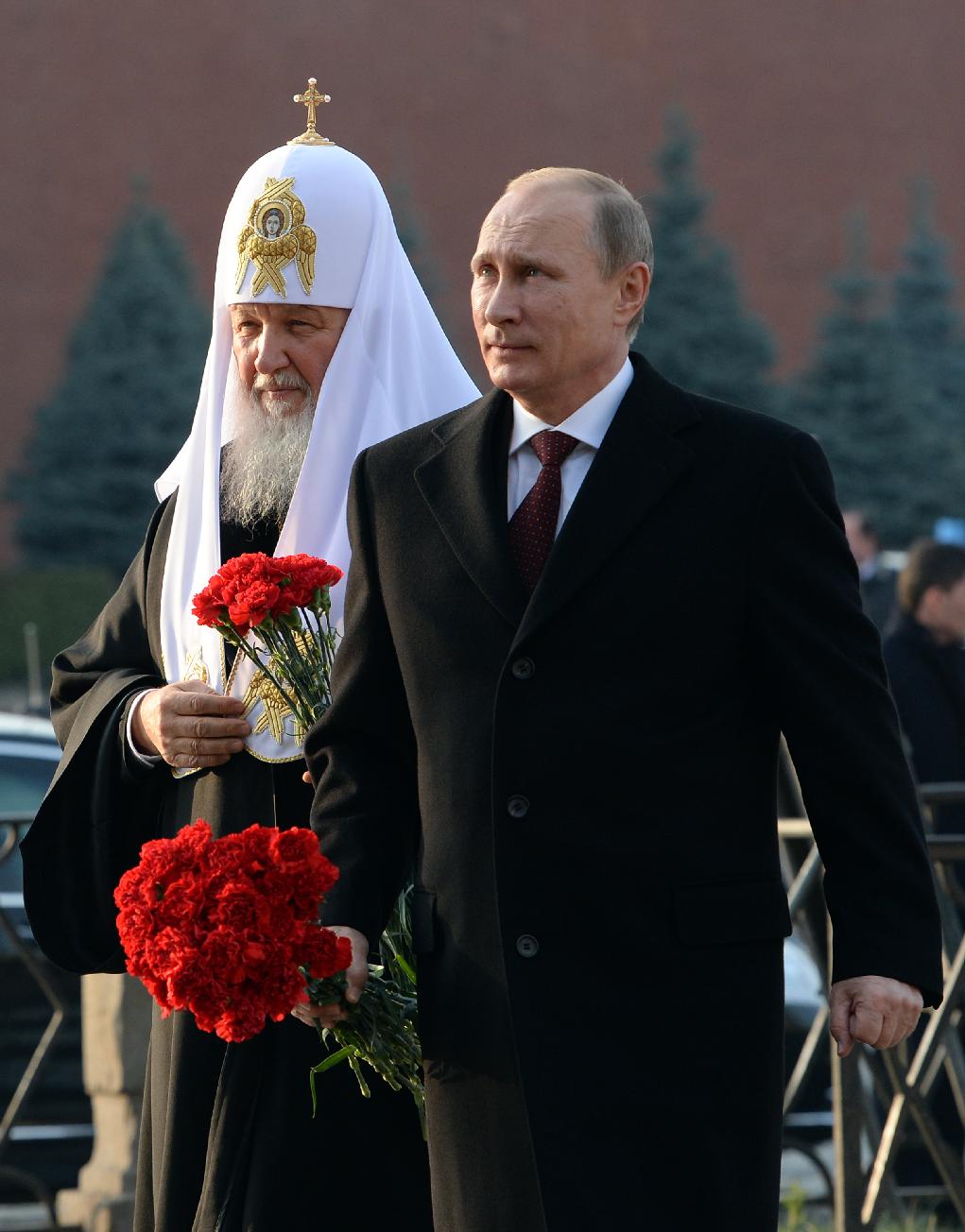 Over 600,000 people took part in events in celebration of National Unity yesterday, but the Moscow Times says the events demonstrated ‘a remarkable show of disunity’, because participants were spread across a large number of distinct rallies.  President Vladimir Putin marked the occasion by awarding state decorations to foreign public figures, and praising Russia’s ability ‘to defend its national interests’.  Russia sees the separatist elections held in eastern Ukraine over the weekend as ‘a triumph of democracy’, whereas the event was ‘universally condemned’ in the Ukrainian media, says the BBC.  RIA Novosti released an erroneous report last week that the OSCE had visited Donetsk to inspect polling stations.  Andrei Malgin wonders why Roskomnadzor issued a warning to Ekho Moskvy about its reporting of fighting in Donetsk, when it lets NTV, for example, broadcast various ‘propaganda that passes for news’ about Ukraine.  Russia’s proposed treaty with the Donetsk and Luhansk People’s Republics ‘is suspiciously similar to its September 2008 recognition of the independence of South Ossetia and Abkhazia.’  Naftogaz has sent Gazprom its first payment of $1.5 billion, and must pay another $1.65 billion before the end of the year.

The European Commission is estimating that sanctions against Russia will expire in 2015.  Russians are traveling less these days due to economic woes – with markedly less Russian visitors to Switzerland this year.  Russia’s economic troubles will affect economic growth in the Caucasus and Central Asia this year and next, says the International Monetary Fund.  Russia’s no-show at an initial planning session for the 2016 Nuclear Security Summit was a precursor – it has informed the U.S. that it will boycott the summit as well.  Businessweek talked to the firm that dismantled the Steve Jobs memorial statue in St. Petersburg this week, and reports that the removal had nothing to do with Apple CEO Tim Cook’s revelation regarding his sexuality, as has been widely reported – rather, the screen on the piece had malfunctioned.

Masha Gessen goes after a peculiar piece in Lenta.ru that offered a breakdown of Russia’s richest entrepreneurs by ethnicity.