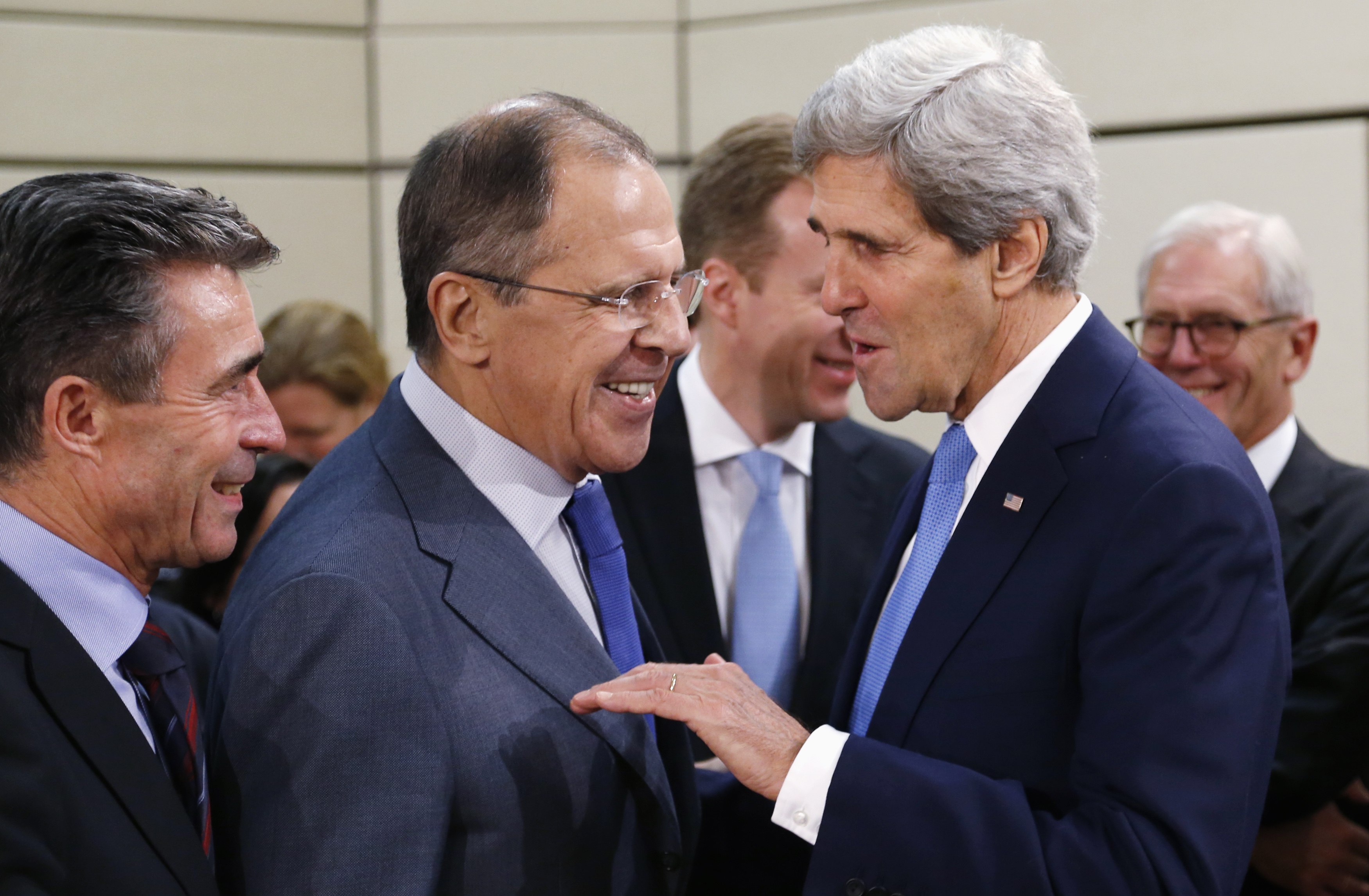 The Kremlin’s human rights adviser Mikhail Fedotov apparently speculated that an amnesty for prisoners, publicly backed by President Vladimir Putin on television yesterday, could very well include former Yukos head Mikhail Khodorkovsky and the jailed members of Pussy Riot; but Putin’s spokesman warned that Fedotov’s suggestions were ‘premature’.  Prime Minister Dmitry Medvedev wants ‘stability and order’ in Ukraine; Foreign Minister Sergei Lavrov ‘encourage[d] everybody not to interfere’.  U.S. Secretary of State John Kerry didn’t merely show his support for Moldova by paying the country a visit; he visited one of the wineries whose imports Russia banned earlier this year, promising to bring Moldovan winemakers to the U.S. for marketing opportunities, and generally pledging U.S. support.  Reports say Kerry and Lavrov greeted each other ‘warmly’ before talks in Brussels yesterday, but no details of their discussion have emerged.  Regional elections watchdog Golos is one of the nongovernmental organisations to receive a Kremlin grant.

The Supreme Court rejected an appeal by corruption whistleblower and opposition leader Alexei Navalny to cancel the September results of Moscow’s mayoral election.  Investigative Committee head Alexander Bastrykin estimates that corruption has cost Russia over $271 million in the past two years.  Former Defense Minister Anatoly Serdyukov will be formally charged with negligence tomorrow.  The Constitutional Court has ruled that the law against ‘gay propaganda’ is not in violation of the national constitution.  Russian company Yota has designed a double-screened smartphone, to be released later this year, hoping that its popularity will help it reach foreign markets and provide a rival for Apple.

A public fistfight between Duma deputies which created a storm on the web is fueling stereotypes about Chechens, says the BBC.  Human Rights Watch is not satisfied that activist Mikhail Savva has been transferred to house arrest, and are calling for all ‘politically motivated’ charges against him to be dropped.