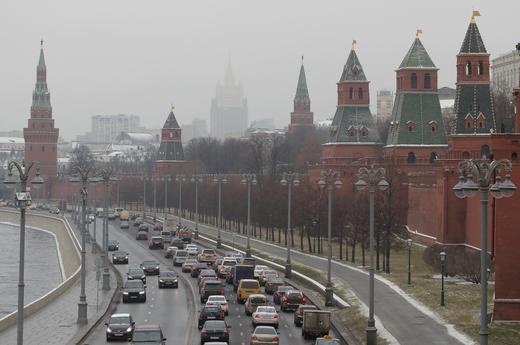 President Vladimir Putin still has until January to announce whether or not he will run for president again, but this piece says there is no question he will; one analyst says a shorter campaign grants “maximum flexibility”; Ekho Moskvy editor Alexei Venediktov guesses that Putin will still not be ready to cede power in 2024. Only 24% of Russians would vote anyway, says a Levada Centre poll. Eight supporters of opposition leader Alexei Navalny were detained on the weekend before a 6,000-strong campaign rally which local administration allegedly attempted to drown out with “cheerful Eastern music” on loudspeakers. Following a meeting with Vladimir Putin, Norilsk Nickel announced that it will give $2.5 billion to tackling the environmental issue of emissions in the city, and ensure that the city has high-speed broadband Internet to improve quality of life. Rosneft has amassed $17 billion worth of debt this year, a lifetime record, as debt markets prepare for new US sanctions. Oligarchs are concerned that the sanctions, which will depend on intelligence agencies determining “their closeness to the Russian regime and their net worth” will hit them personally, but are legally unable to protect themselves.

The Justice Ministry will begin registering foreign media agents as “foreign agents” this week. As many as ten could be immediately affected. “Let it be a surprise which ones,” said Foreign Ministry spokeswoman Maria Zakharova. Roskomnadzor says it will respond in kind to any violations of the rights of Russian companies and media abroad in connection with Google’s plan to give less weight to state-sponsored news organs like Sputnik and Russia Today. The International Olympic Committee will make its decision today on whether or not to ban Russia from the Winter Olympics due to doping allegations. The Kremlin says, no matter the decision, it is not considering a boycott because Russia “remains committed to the ideals of Olympism”. The New York Times calls the IOC debacle “this holiday season’s blockbuster drama”.

The Moscow City Court has again upheld the decision to extend the house arrest of renowned theatre director Kirill Serebrennikov; he is due to remain under house arrest until January 19. Uber is losing out in Russia to InDriver, an app that lets users propose their own prices for a ride, and then haggle.

PHOTO: Vehicles drive past the wall and towers of the Kremlin in central Moscow, Russia November 29, 2017. REUTERS/Maxim Shemetov