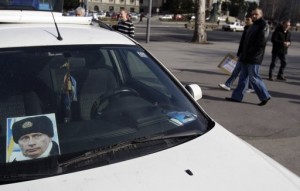 Analysts say that United Russia’s new ‘liberal’ platform calling for a rehaul of the party is a ‘deceptive trick’, designed to ‘demonise’ Kremlin critics whilst maintaining its usual conservative aims.  Following a raid on the offices of Kirov governor Nikita Belykh last week, 19 regional lawmakers say they plan to put forward a no-confidence vote against him.  ‘The searches in Nikita’s office are a clear sign of the end of the ‘Medvedev thaw’,’ commented one of his former deputies.  Bloomberg reports that Prime Minister Dmitry Medvedev is ‘clinging to his job’ due to his being seen as a threat by powerful allies of Vladimir Putin; Brian Whitmore considers the mystery of the recent anonymously-posted YouTube video slamming him.  A children’s cancer hospital in St. Petersburg will not be transformed into a clinic for senior judges, as a minister promised that the initial plan to do so was ‘over and done with’.  The BBC reports on ‘growing resentment’ in the Black Sea resort of Sochi (now ‘one of the biggest building sites in the world’), where planning for next year’s Olympics are still underway.  Plans are in the pipelines to build a $20 billion highway from Sochi to Krasnodar.

22 people were detained in an ‘occupy-style protest’ by preservationists in St Petersburg on Monday.  An independent rights group says that Moscow police have detained at least 5,156 people at rallies in the past 13 months.  The lawyer of opposition activist Leonid Razvozzhayev has been detained at his client’s pre-trial detention facility for trying to pass him a mobile phone.  A Just Russia member Ilya Ponomaryov and Left Front leader Sergei Udaltsov have announced that they are forming a new opposition coalition.  Online activists responded swiftly to a minister’s televised comments that hinted at a ban on wearing white ribbons, the symbol of protest, by declaring a White Ribbon Day.

The new Georgian prime minister, Bidzina Ivanishvili, has promised to repair his country’s relationship with Russia, saying that he feels a friendly tone is returning after a ‘surprisingly warm reception’ by Russian officials in Davos.  The Agriculture Minister has requested an additional $1.4 billion in farming subsidies this year, supposedly due to grain prices, which have risen by 30% in recent months.  Russia is aiming to expand its arms markets into Venezuela, Peru, Ghana, and Mali, to compensate for losses in the Middle East and North Africa.

RFE/RL reports on one of the final successful adoptions of a Russian orphan by an American family.  Misha Friedman’s photographs capture the effects of Russia’s corruption.  Moscow is struggling to stay afloat after its heaviest snowfall in a century.

PHOTO: People pass by car arranged with picture of Russia’s President Vladimir Putin during the protest in front of the presidency building in Belgrade, Serbia, Tuesday, Feb. 5, 2013. Dozens of ultra-nationalists have accused Serbia’s president of treason for agreeing to meet with his counterpart from Kosovo for the first time since the end of the war in 1999. (AP Photo/Darko Vojinovic)