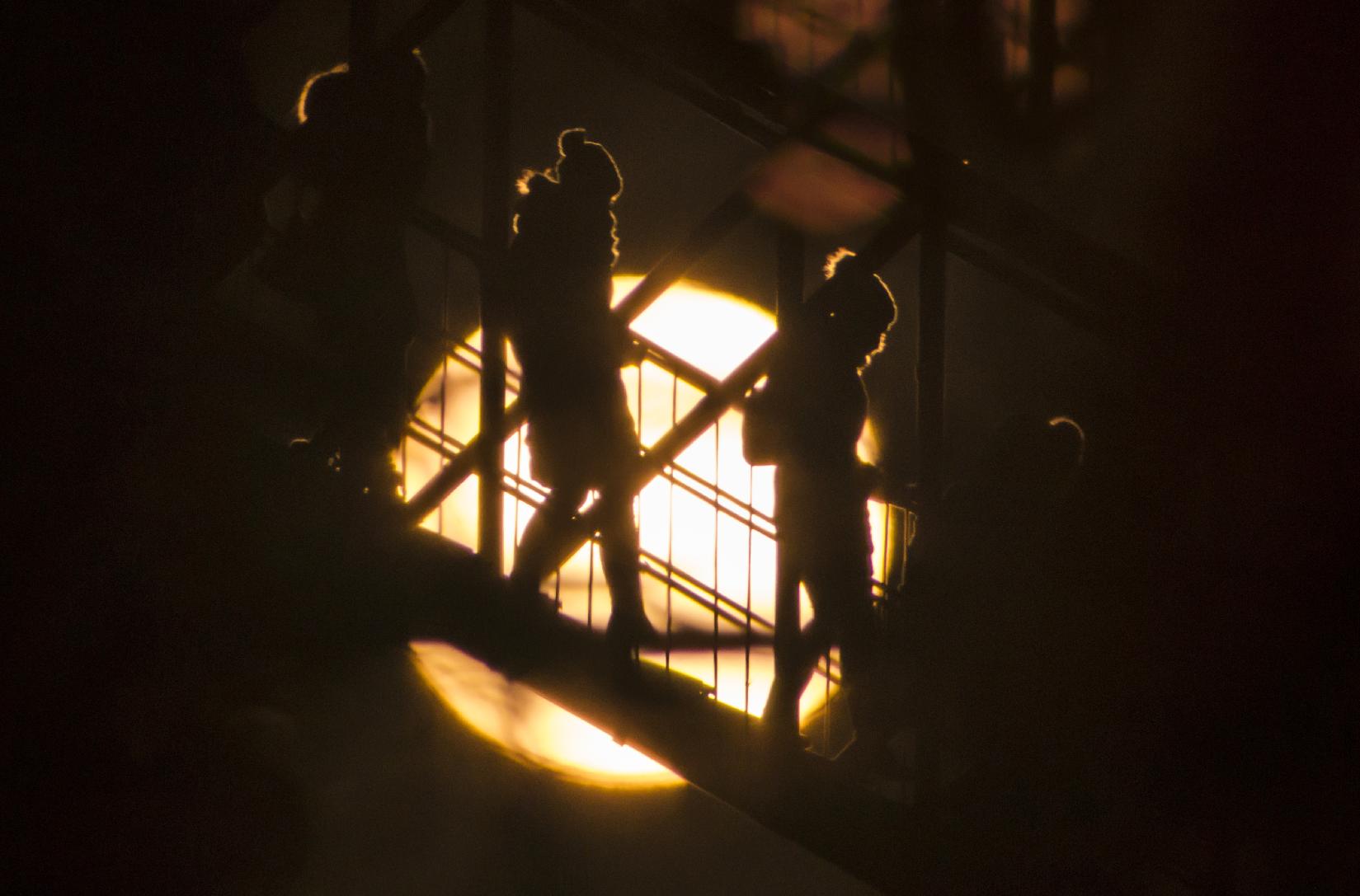 President Vladimir Putin has come up with a ‘surprise’ peace plan for Ukraine involving France and Germany but leaving out Britain and the U.S., prompting suspicion that he is seeking to divide the West.  The split is possibly a reflection of the fact that the U.S. is leaning increasingly towards supplying more weapons to Ukraine, a plan which Germany and France both oppose. German chancellor Angela Merkel and French President François Hollande will hold face-to-face talks with Putin in Moscow today.  The Times says that diplomacy regarding the Ukraine crisis is merely a way for Vladimir Putin to ‘buy time’, and suggests a four-pronged defence strategy for the West.  A Pentagon think tank has come up with the theory that Putin has ‘an autistic disorder which affects all of his decisions’, apparently based on studies of video which show that Putin’s face is ‘relatively flat in social settings’.  The expert responsible for this diagnosis also compared the President’s movement and psychology to that of a reptile. A number of suburban train routes have been reinstated after Putin accused government officials of having ‘gone mad’ for canceling vital services.  He also criticised Rosneft’s Igor Sechin for asking for state aid, saying that the interests of the country are more important.

A new bill submitted to the State Duma would provide foreign-funded NGOs an opportunity to clear their ‘foreign agent’ status.  The home and office of a regional head of Golos, the election watchdog, was raided this week after she was accused of large-scale tax evasion, based on an alleged failure to declare USAID funding five years ago.  The Moscow Times was hacked earlier this week by attackers who managed to take down the entire website – the paper has been accused in recent months of being a ‘militant anti-Putin paper’.  The Russian Ministry of Communications and Mass Media expects that 20% of jobs (60,000 positions) in the media sector will be cut this year due to the economic crisis and a shrinking advertising market.  If Russia escapes high unemployment and social unrest this year, it may be due to the exodus of migrant workers.  Inflation hit a staggering 15% last month.

Anti-gay lawmaker Vitaly Milonov is threatening to take revenge on the pair who caught him in their pro-gay rights selfie on an airplane earlier this week, saying that he would shut down a gay club in St. Petersburg.

PHOTO: People are silhouetted by the Sun as they make their way down from a viewing place at St. Isaak’s Cathedral in central St.Petersburg, Russia, Tuesday, Feb. 3, 2015. (AP Photo/Dmitry Lovetsky)