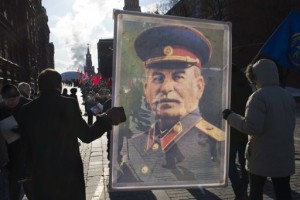 Vitaly Churkin, Russia’s ambassador to the U.N., called the death of Venezuelan President Hugo Chavez ‘a tragedy’, and called him ‘a great politician for his country, Latin America and the world’.  Russia will continue its military and technical cooperation with Venezuela regardless of who succeeds Chavez, according to a trade source.  U.S. Ambassador to Russia Michael McFaul says that U.S.-Russia relations are better than current media speculation indicates: ‘[T[he quiet, everyday – yet vitally important – spheres of cooperation go unnoticed.’  Pavel Dmitrichenko, a dancer at the Bolshoi Ballet, has confessed to carrying out an acid attack on the theatre’s artistic director, Sergei Filin, in January; two other men, believed to have been hired by Dmitrichenko, also confessed.  Anti-corruption whistleblower Alexei Navalny has published documents online showing that Pskov Governor Andrei Turchak’s wife owns a company with real estate in France that Turchak only just declared.  The Interior Ministry is planning to bring new charges against William Browder, the former employer of Sergei Magnitsky, for misappropriation, in relation to his cumulative purchase of a stake in Gazprom from 2001-2004 that apparently contravened a restriction on foreign investors owning more than 9% of the company’s shares.  Browder is already about to go on trial, in absentia, along with Magnitsky, posthumously, for tax fraud, and says that the latest accusations are ‘clearly part of the desperate retaliation of the Russian government after my involvement in the passage of the Magnitsky Act in the United States’.

Connecticut-based General Electric Co has agreed with the Sakhalin authorities to develop various power projects.  Russia’s current lead as the world’s top oil producer is being challenged by Saudi Arabia and the U.S., supposedly due to high taxes that stifle output.  Russia saw virtually no increase in life expectancy from 1990 to 2010, says a new study; Vladimir Putin issued a decree last year that ordered the government to raise it to 74 years by 2018.  Various legal and political representatives of ethnic groups are urging the Kremlin to change its policy on ethnic minorities, saying that ‘the disappearance of traditional economic activities is leading to our extinction’.

Sergei Ivanov, Vladimir Putin’s chief of staff, has called for an expansion of the armed forces to at least a million men; separately he reminisced about their time together as young spies.

PHOTO: Communist supporters carry a portrait depicting Soviet dictator Josef Stalin as they line up to place flowers on Stalin’s grave in Red Square, outside the Kremlin wall to mark the 60th anniversary of his death, Moscow, Russia, Tuesday, March 5, 2013. (AP Photo/Alexander Zemlianichenko)