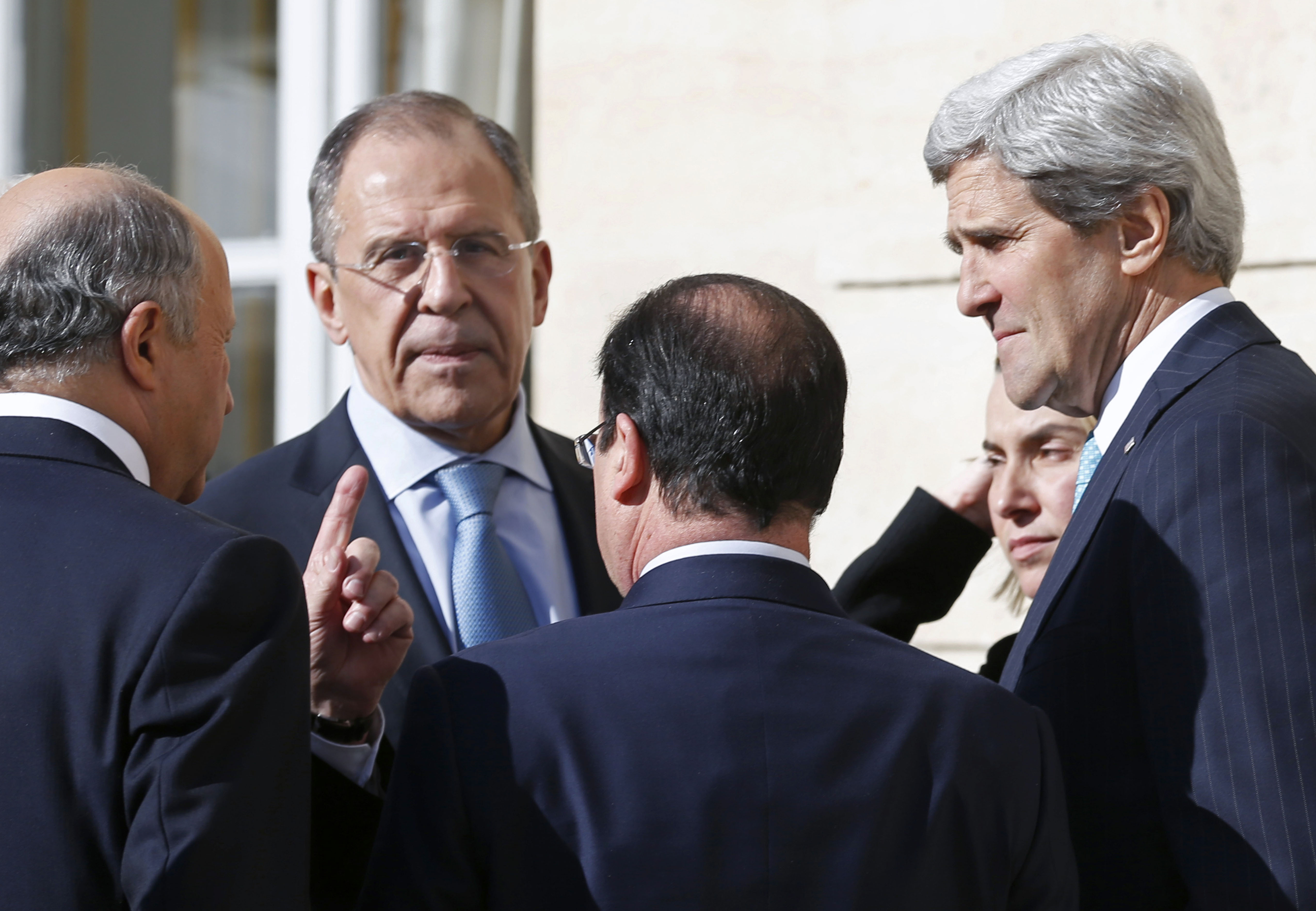 Western powers are still hoping to persuade Russia to engage in dialogue with the new government in Ukraine, but Russia still does not recognise Kiev’s interim government.  Foreign Minister Sergei Lavrov and U.S. Secretary of State John Kerry failed to reach a deal on Ukraine during ‘frantic’ meetings last night.  U.S. sources denied Lavrov’s report from the meeting that both sides had agreed to help Ukraine implement an E.U.-brokered reconciliation deal. ‘There were no agreements in this meeting’.  Lavrov continues to deny that Crimea has been seized by Russia-controlled troops, dismissing video evidence to the contrary as ‘complete nonsense’.  The U.S. State Department has published an out-of-character fact sheet accusing President Vladimir Putin of lying about Ukraine and slamming Russia’s ‘illegal actions’. A Wikipedia article on Adolf Hitler’s autobiography will be blocked in Russia for ‘extremist’ content, coinciding with Hillary Clinton’s comparison of Putin’s actions in Crimea with those of the Nazi leader in the 1930s, a comment which has sparked a ‘political uproar’.

Russia is pre-empting any possible foreign sanctions and preparing government measures that would allow the Kremlin to seize the assets of European and American companies should restrictive measures be taken by foreign powers.  Liz Wahl, a Washington D.C.-based news correspondent for the state-owned Russia Today television station quit her job live on air yesterday, saying that she did not want to be part of a media organization that is ‘whitewashing’ Putin’s actions in Crimea.  The E.U. will have a tricky time going ahead with sanctions against Russia, says the WSJ, given its reliance on the country’s natural gas.

The Central Bank says it sold $11.3 billion in foreign currency in a bid to support the ruble.  Putin says that over 42,000 financial crimes were uncovered in Russia last year, with estimated losses of over $550 million in the past three years.  Gazprom estimates Ukraine’s current natural gas debt at $2 billion.  Masha Gessen discusses Pussy Riot as a political threat to be reckoned with. ‘The authorities didn’t realize Pussy Riot was this well-spoken and this attractive. All they saw was a bunch of clowns jumping around and screaming in funny getups.’