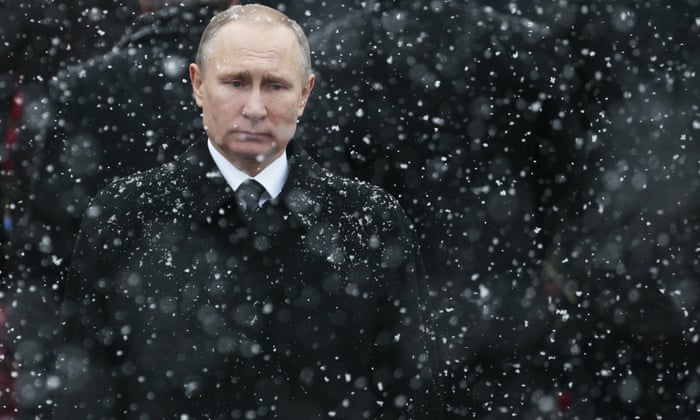 The Russian media all but ignored reports from Alexei Navalny’s Anti-Corruption Foundation last week alleging that Prime Minister Dmitry Medvedev owns a slew of luxury properties that were paid for through fraudulent transactions. Novaya Gazeta, one of only two sources that did cover the story, credited Navalny with bringing to light the fact that ‘Mr. Medvedev really is the number two man in the state.’ Foreign Minister Sergei Lavrov says the current focus on the Trump administration’s contact with Russian officials is a ‘witch hunt’; Kremlin news organ Sputnik says Western Russophobia has entered a ‘psychotic’ stage. Russia will not fulfill the recommendations of the European Court on Human Rights (ECHR) on combating torture during police detention. Activist Ildar Dadin spoke to AP about his time in prison, saying that aside from alleged beatings, Russian prison conditions themselves amount to a form of torture.  Italy’s Lega Nord opposition party, widely seen as a new leader of the center right, is to sign a cooperation protocol with the United Russia party.

MP Vitaly Milonov wants the new Disney musical Beauty and the Beast banned on grounds that it contains ‘gay propaganda’. Russia will not hold its annual concert celebrating the annexation of Crimea this year, apparently because it is ‘too costly and too orchestrated by the state’. Ukraine’s case against Russia, which calls for it to halt support for pro-Russian separatists, begins in the U.N.’s highest court today.  British Foreign Secretary Boris Johnson is to travel to Moscow soon as part of the U.K.’s ‘engage but beware’ Russia policy.  Johnson has pledged that he will address contentious issues during the meeting, including Syria and Ukraine.  ‘This is absolutely not about cosying up – in fact the opposite.’ Kremlin spokesman Dmitry Peskov says Vladimir Putin will not meet with Johnson.

The Central Bank revoked the licenses of two banks in Tatarstan last week, in the wake of evidence of fraud.  Opposition leader Alexei Navalny opened a campaign office in Tatarstan, and said that, if he is elected president, he would support more self-rule for Tatarstan.  Russia is one of the countries in which rapists can be legally exempt from punishment under certain circumstances, finds a report by Equality Now.