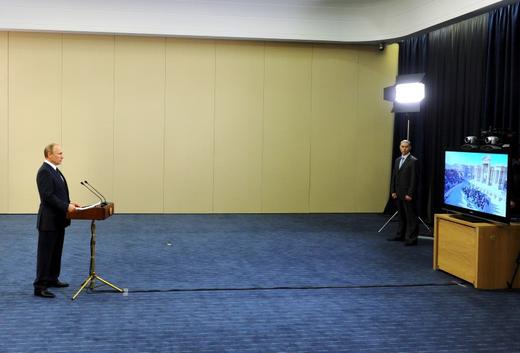 Responding to NATO’s promises to boost its European presence earlier this week, the Kremlin insists that a resurgent Russia is not a threat to anyone, but that it cannot ignore potential threats.  An expert council member has an interesting spin on the lack of any viable presidential candidates besides Vladimir Putin, saying that demand for a viable political opposition has been growing during Putin’s time in power, but that ‘a significant part of Russia’s society was simultaneously not satisfied with the state of the political opposition’.  Vladimir Putin’s creation of a new National Guard and his reinstatement of former Finance Minister Alexei Kudrin to an advisory role indicate that the Kremlin is seriously concerned about the state of the economy and how it will affect the upcoming parliamentary elections, says the Financial Times.  The number of people convicted for extremism has tripled in Russia in the past five years.  China and Russia revealed plans to hold their first joint anti-missile drill later this month.

The Russian assets of broadcasting company Turner have been sold, as the new media ownership law dictates, to Media Alliance, a joint venture of a Russian and US company.  Alexander Rubtsov, a Russian radio journalist, has been found murdered in his Moscow apartment. The company where he worked, Natsionalnaya Sluzhba Novosti, has not linked the murder to his professional activities.  The taxi company owned by Yandex is giving Uber a run for its money in Russia.

A Russian orchestra held a performance in the ancient ruins of Syria’s Palmyra last night, partly in celebration of Russian-backed soldiers releasing the city from the grip of Islamic State.