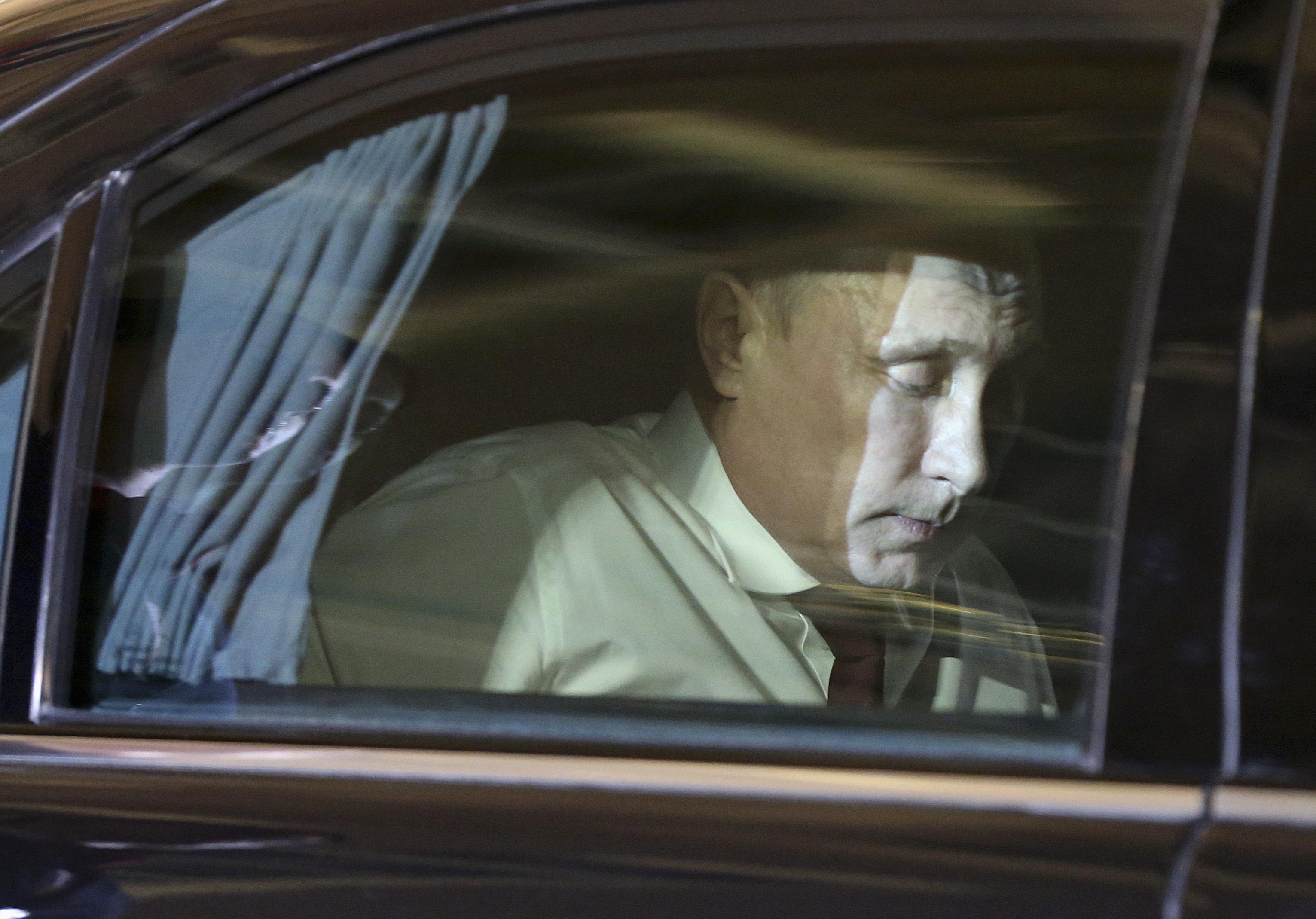 Foreign Minister Sergei Lavrov and U.S. Secretary of State John Kerry are agreed that Ukraine should be able to act as ‘a bridge between East and West’, but have yet to reach an accord on how this will come about.  The director of the Levada Centre dismisses the Russian media’s angle on Ukraine as ‘aggressive and deceptive propaganda’; another critic calls it ‘Stalinist’.  The Levada Centre’s most recent poll indicates a rise in anti-American sentiment in Russia to its highest level in 15 years.  What is Russia’s plan for Crimea? NPR discusses.  G7 leaders Barack Obama and David Cameron say they are giving Russia just weeks to ends it support of violence in eastern Ukraine, before it will face more stringent economic penalties.  Broader economic sanctions will hurt the West as well as Russia, says Bloomberg.  Vladimir Putin in the meantime ‘still gets to go to dinner’ with French President Francois Hollande, notes the WSJ.  Activists from the group Femen have apparently destroyed a wax statue of Putin using a wooden stake.  Foreign Policy magazine says Russia’s vision of a Eurasian Union is ‘degraded’, and that even members who have already signed up have ‘many doubts about its benefits’.

NATO Commander Phillip Breedlove says Russia has created a paradigm shift in Europe over the past two months by crossing an internationally-recognised border, and that the alliance needs to re-examine its strategies to deal with the change.  Foreign Ministry spokesperson Alexander Lukashevich says the West’s turning a blind eye to humanitarian problems in Ukraine amounts to double standards; Kiev denies Russia’s accusations that refugees are fleeing its territory.  VTB says it will stop providing services to Russia-based U.S. clients as of next month.  Several regional governors have resigned in recent weeks, indicating that the Kremlin is attempting to force early elections, which always ‘favor the incumbent’.

Anna Sharogradskaya, the 73-year-old activist for press freedom, was allowed to return home after being held, possibly for political reasons, at a St. Petersburg airport.  The website of state-run Russia Today has won a prize at the Interactive Media Awards for ‘professionalism’.  In the wake of his unfortunate comments about the ‘weakness’ of U.S Secretary of State Hillary Clinton, RFE/RL has compiled a selection of Putin’s choicest comments on the topic of women.