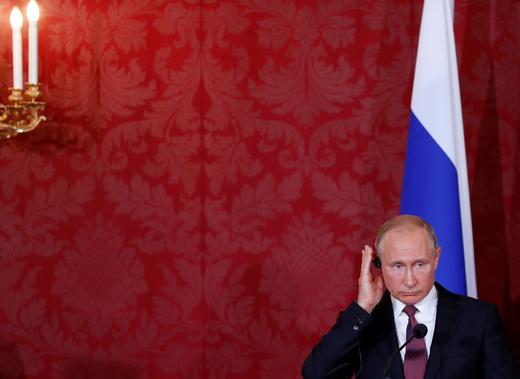 During his visit to Austria, President Vladimir Putin praised Russia and Austria’s role in ensuring European energy security; he also pushed for the phasing out of economic sanctions, arguing that they are harmful to both parties, but that European countries are unwilling to admit it. “Therefore I think everyone is interested in lifting them,” he said. The Austrian Chancellor however repeated that Vienna would not go against the wishes of the bloc in lifting sanctions, instead urging progress in eastern Ukraine. The Group of Seven has zero plans to welcome Russia back, and its leaders are likely to uphold anti-Russia sanctions, due to the annexation of Crimea; the European Bank for Reconstruction and Development says it has no plans to restart lending in Russia, citing lack of shareholder appetite. The US is pressuring NATO allies in Europe to shore up deterrent forces against a potential Russian attack.

The Central Bank would like to take control of the assets of the owners of the banks it has spent over $40 billion rescuing over the past year; it has already recovered around $1.3 billion by doing so; the bank will soon return to a neutral monetary policy, after having been cutting rates since 2015. The US Treasury has granted an extension to investors of sanctioned En+ Group, giving them until late October to divest their holdings. Controversial billionaire restauranteur Yevgeny Prigozhin (frequently dubbed “Putin’s chef”) has apparently now looking into gold prospecting in Africa following high-level Kremlin meetings last year.

The twelve-year sentence handed to Ukrainian journalist Roman Sushchenko for spying charges has been strongly condemned by journalism watchdogs, with New York-based CPJ demanding his release and calling the sentence a wider Kremlin attempt to “break Ukrainians’ spirit”. Arkady Babchenko, the Russian journalist who faked his own murder, asked $50,000 for an exclusive interview, which was immediately offered by state-run Rossia news. The Russian hit list allegedly uncovered by Ukraine’s secret service as part of the Babchenko sting is being called into question by journalists who are saying that the details of the bizarre case are becoming less and less clear.