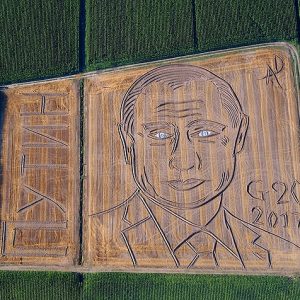 Kremlin spokesman Dmitry Peskov has told reporters that with regards to the hotly-anticipated first meeting between Trump and Putin, due to take place on Friday, ‘the expectation is that a working dialogue will be established’. A number of issues loom large: Syria, IS, Ukraine, sanctions, but, ‘instead of focusing on such hot-button issues, Putin could try to work toward a few concrete, smaller objectives that would nonetheless be seen as a huge victory domestically,’ says this article. ‘The subject of Russia has become toxic for Trump’ –  argues one analyst quoted in the Washington Post – ‘Whatever he does, whatever he says about Russia, good or bad, it will be used against him.’ According to RFE/RL, ‘analysts agree Trump is unlikely to press Putin’ on fulfilling  the Minsk agreements, or for clarification on Russia’s role in election meddling. Bloomberg has a primer for the meeting, by looking back at those ‘who tried to do business with Putin, who failed—and some who succeeded’. Putin is certainly not negotiating from a position of economic strength, argues Harvard University’s Kenneth Rogoff, who says this will only come with serious internal reform, a sentiment echoed in a Moscow Times op-ed. A poll conducted for the central bank has found consumers believe that the current rate of inflation is about 12% – which is about three times the actual level – a perception attributed to the rise in food prices. The Kremlin has extended its retaliatory import ban on food products from countries that have imposed sanctions on Moscow until December 2018.

Russian state television Channel One has reportedly been found using bots to double as audience members on social media during its flagship news show Vremya Pokazhet. The use of Russian-fabricated fake news stories with the aim of discrediting Hillary Clinton is apparently an important line of inquiry in the investigations into possible cooperation between the Trump presidential campaign and Moscow. Meanwhile, their mutual disdain for ‘fake news’ is likely to be a source of camaraderie for Donald Trump and Vladimir Putin, says the Independent (and, doubtless, a source of irony for reporters). Whilst Trump is in Poland touting US natural gas, Hungary has reportedly signed a deal with Gazprom to link the country with the Turkish Stream pipeline by the end of 2019.

In a conciliatory gesture, US Secretary of State Rex Tillerson has said Washington is prepared to cooperate with Russia in Syria, including on military matters. Russian strategic bombers have fired advanced cruise missiles at Islamic State targets in the war-torn country, in a show of Moscow’s military might. The New York Times reports on another tactic the Kremlin is using in its fight on terror in Syria – the profit motive. Uzbekistan apparently has no intention of rejoining the Russia-led post-Soviet security bloc the Collective Security Treaty Organisation.