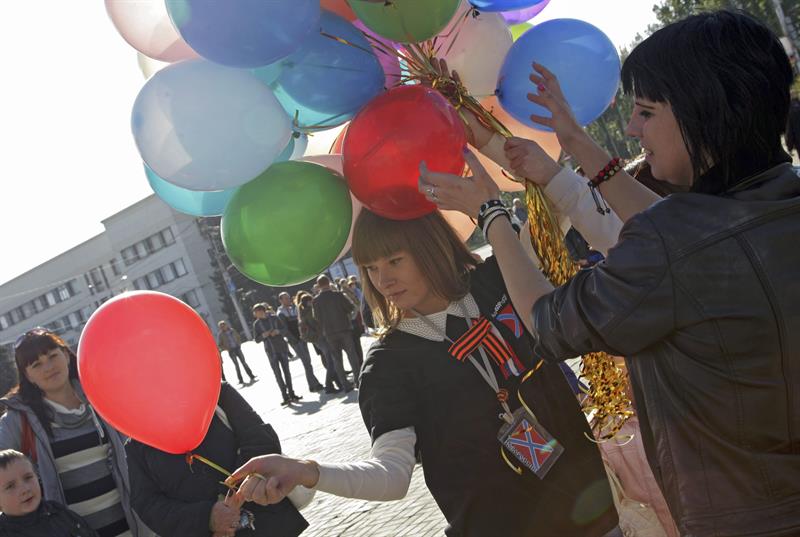 In an in-depth interview and profile, Mikhail Khodorkovsky said that Russia is going back in time to ‘1985 – the eve of glasnost and perestroika’, and vowed to do everything in his power to ‘reverse the trend’.  Bloomberg argues that Russia’s political elites are at war, as pro-Putin rivals fight over ‘a shrinking pool of assets’, fearful of the economy’s downward trajectory, and at odds over Putin’s plans to isolate the country from the global financial system.  Investors are continuing to avoid Russian stocks as the falling ruble risks rendering investments worthless.  This piece identifies two key drains on the budget that should be cut in order to rescue the economy: public sector salaries, and military spending.  Regarding the latter, Russia has overtaken the U.S. in nuclear warhead deployment – by one.  Both China and Russia are flexing their military power against the U.S. with ‘increasingly assertive strategies’ in the air.  On his trip to Europe later this week, Chinese Prime Minister Li Keqiang will sign energy and infrastructure deals with Russia.  VTB Capital investment bank says it is switching its focus to Asian markets in response to Western sanctions.

Latvia’s pro-Russia party Harmony, which has links with United Russia, won the majority of votes in the parliamentary elections over the weekend, but not the majority of seats, leaving the ruling coalition in power for now, and staving off concerns of Moscow gaining influence.  Norway’s Statoil signed an agreement under which it will provide gas to Ukraine’s Naftogaz at a ‘much lower’ price than it paid for Russian gas.

President Vladimir Putin has pardoned Dmitry Maximov, a former member of the FSB who was sentenced to 11 years in prison two years ago.  Celebrated theatre director Yury Lyubimov has died, aged 97.