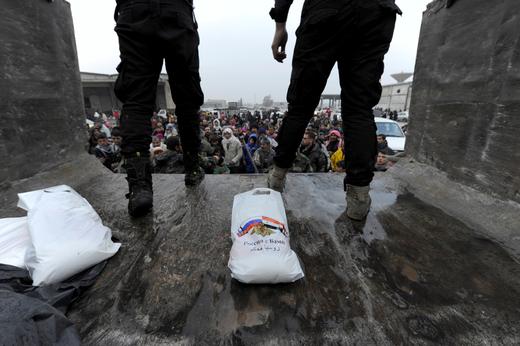 The European Union is working on a proposal towards new legislation that would expand the oversight of energy deals and make energy contracts more transparent, apparently prompted by concern that Moscow could disrupt gas supplies through Ukraine this year.  Ukraine’s Naftogaz, which has not bought gas directly from Russia in over a year, is ready to join the talks.  President Vladimir Putin rubbished the notion of dependence on Russian gas as ‘an absolute foolish and worthless argument because this dependence is mutual’.  Poland’s PGNiG is suing the European Commission over its decision to lift an earlier cap and grant Gazprom more capacity on the Opal pipeline through Germany, thereby paving the way for it to bypass Ukraine and Poland as gas transit routes.  The retrial of opposition leader and anti-corruption campaigner Alexei Navalny opened yesterday in Kirov; Navalny is expecting the trial to lead to a restoration of the original conviction.  Jailed activist Ildar Dadin, who complained that he was tortured and abused by prison guards, has been transferred to a new facility.  Under the law against ‘gay propaganda’, a Fifa video game is apparently guilty thanks to its inclusion of rainbow-colored uniforms for virtual footballers in support of the Rainbow Laces campaign that seeks to combat homophobia in football.

The Kremlin’s ‘propagandist-in-chief’ Dmitry Kiselyov presented the devastation of Aleppo as paving the way for ‘liberation of the whole city […] and then restoration’, and praised the Russian Navy for its successful operation.  As Russia plans to make a timeline for the withdrawal of all rebels from the city, Russia and China used their veto power to block a draft UN Security resolution for a seven-day truce in Aleppo; the US representative called the move a ‘death sentence’ for civilians.  The Defense Ministry blames Syrian rebels for the deaths of two Russian medics in Aleppo.  Quite apart from the fact that it has no military purpose and has only been sent to the Mediterranean for show, Russia’s Admiral Kuznetsov aircraft carrier is ‘simply embarrassing to look at’, says Bloomberg.

In relation to the company’s competition practices, the Federal Antimonopoly Service threatened Google that violation of Russian legislation would lead to its complete loss of the BRICS market.  The most-Googled thing in Russia? The cost of a flight in an MIG aircraft.  Is the Western liberal order due for the same fate as the Soviet Union?  Novaya Gazeta is reporting that substantial falsifications were made at 68 polling places in a single Moscow suburb during the September legislative elections.