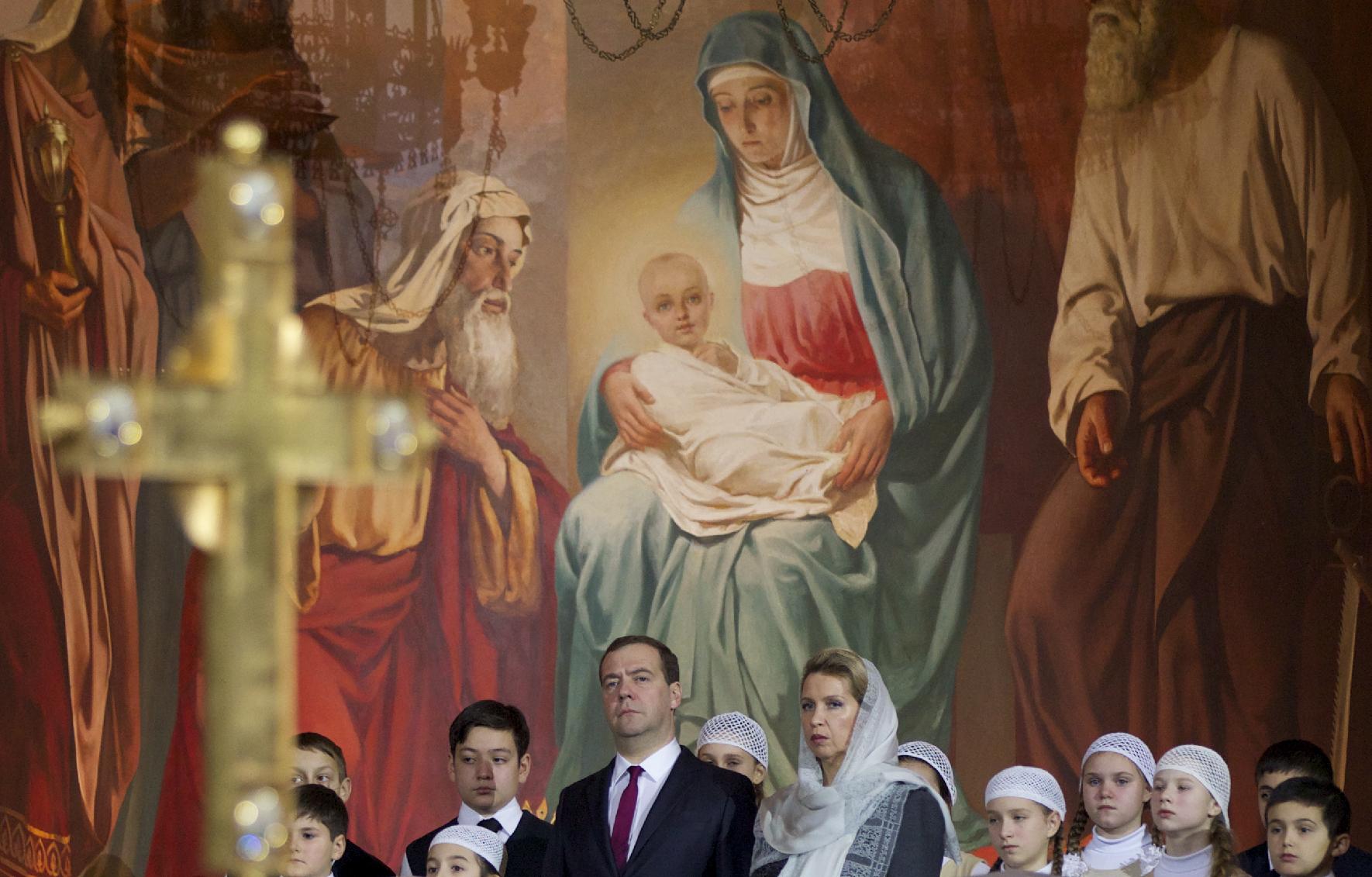 In celebration of Russia’s Orthodox Christmas Day today, President Vladimir Putin wished his citizens well from a church in Otradnoye village, near Voronezh.  This piece explains how Russia’s celebrations differ from the West’s.  Following his announcement that he cut off his electronic bracelet, Alexei Navalny has defied the terms of his house arrest by going out to buy milk – leading to his being followed and escorted home by three officials.  Anti-Russia sanctions are likely to stay in place for some time, due to complicated European Union rules which call for a unanimous ruling by all 28 E.U. nations in order to lift them.  Foreign-currency mortgages are now unaffordable for Russian home-owners thanks to the ruble’s slide.  Fox News is gunning for an IMF-supported economic adjustment for Russia.  The Washington Post has selected some prize highlights from Politico’s article about the Kremlin’s bid to burnish its U.S. image by hiring public relations company Ketchum, including the company boss’s ‘man-crush on Vladimir Putin’, and a briefcase full of sunglasses.

An interview with a retired army officer supposedly reveals how Russia’s veterans are recruited – and paid – to join the fighting in Eastern Ukraine, although it is not revealed who exactly is paying them.  A Ukrainian journalist who was recently released from the captivity of pro-Russian rebels in Luhansk, says the militants ‘are clearly being trained for an offensive’.  Lithuania’s media watchdog may halt broadcasting of two Russian television stations for, it says, inciting hatred towards other nations.  Russia’s assistance in the search for the crashed AirAsia jetliner provides a chance for the country to show off its military hardware, says Bloomberg.

Accurate figures for the deaths of migrant workers during construction for the Sochi Olympics last year is unknown, largely thanks to a series of cover-up attempts, but RFE/RL estimates that the number is in the hundreds.