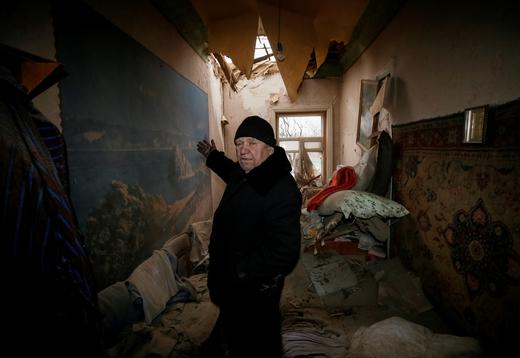 The Kremlin is demanding an apology from Fox News over the ‘unacceptable and insulting’ comments made by a presenter about President Vladimir Putin (host Bill O’Reilly called him a ‘killer’ during an interview with U.S. President Donald Trump.  Interfax counted the number of times that Trump was mentioned in the Russian media last month, and found that his name came up (some 50,000 times) more than Vladimir Putin’s; RFE/RL compiles a selection of (overwhelmingly positive) coverage.  ‘Trump is an agent of chaos, and that’s what Putin needs,’ says Garry Kasparov in an interview with Bloomberg, noting that Trump has defended and spoken respectfully about Putin consistently since the beginning of his presidential campaign.  Could Iran be the issue to sink ties between the two (or perhaps a nuclear arms race)?  Russia is concerned about escalating rhetoric between Iran and the U.S., warning that it would be too risky for the pair to try to revive their failed nuclear deal. Bailiffs seized $153 billion from indebted Russians last year – 20% more than in the previous year.

Kremlin television news has turned its attentions in full force to the fighting in eastern Ukraine, with Dmitry Kiselyov apparently blaming the hacking of the U.S. presidential elections on Kiev.  First Deputy Foreign Minister Vladimir Titov explains Russia’s thinking behind the Arctic, which it wants to protect ‘as a region of partnership and sustainable development’; Russia will work to maintain its advantage there, he says, in order to ‘combat efforts aimed to spark confrontation in the region’ (a nod to NATO troops near Russian borders).  The main opposition party in Montenegro vows to hold a referendum on NATO membership (with the Kremlin’s support). The Financial Times spoke to the ‘anonymous celebrities’ who comprise the hacker group Shaltai Boltai (‘Humpty Dumpty’ in Russian) about the group’s early days.

Russia will remain suspended from the World Athletics Championships this year for state-sponsored doping.  A Russian millionaire is in talks to lease three uninhabited islands in Kiribati to establish an alternative Russia, with a monarchy. The Power Vertical discusses some of the possible outcomes of Alexei Navalny’s retrial in Kirov, the verdict of which is due this week.

PHOTO: A man is seen in his building, which was damaged during fighting between the Ukrainian army and pro-Russian separatists, in the government-held industrial town of Avdiivka, Ukraine Feb. 2, 2017. (REUTERS/Gleb Garanich)