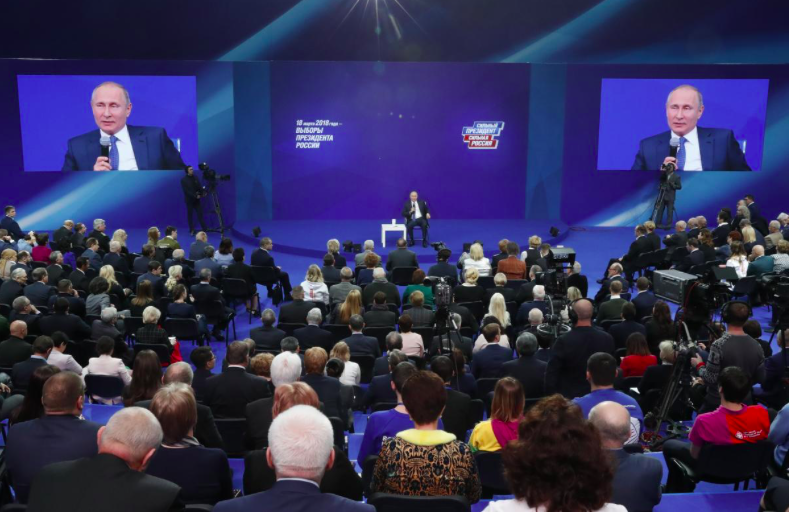 Kremlin spokesman Dmitry Peskov has responded to criticism regarding Russia’s deployment of nuclear capable missiles in the Baltic Sea, insisting that Russia has the right place armaments wherever on its own territory it chooses, and that this is “solely the sovereign issue of Russia”. According to the declaration submitted to the Central Election Commission in order to register as an official presidential candidate, President Vladimir Putin has declared a total income of about $675,000 for 2011-2016 (a number that will make most chuckle, given that his total wealth has in the past been estimated as $40 billion). An analyst worked out how much each presidential candidate has spent per campaign signature (Putin 14 rubles, Ksenia Sobchak 42 rubles, Pavel Yavlinsky 196 rubles). Critics are raising eyebrows at Sobchak for making an election visit to the United States. The US Treasury’s oligarch list is reportedly leading to some listed facing additional scrutiny on their financial transactions, deal closures and other difficulties. Alexei Navalny has called out the state’s treatment of one of his campaign volunteers, who was fined for posting an image on his social media account that features a Nazi symbol – but the image depicts a historic victory of Soviet soldiers over Nazi forces, and features as the cover image for 11th grade history books. The European Court of Human Rights has ordered Russia to compensate Vladimir Akimenkov $12,400 after his rights were violated during his detention at the Bolotnaya Square protests in May 2012. Another protester at the same march, Mikhail Kosenko, has been freed from the compulsory psychiatric treatment that was his sentence for participating.

Russia has ramped up violence in Syria following the downing of a Russian jet over the weekend, killing at least 80 people in a single day and blocking aid deliveries. Turkey stated its support. A Syrian film-maker says his film about rescue work in Aleppo has been the target of an organised attempt by Russia to ruin his reputation. “It is like Russia wants to hack the Oscars like they hacked the US election,” he said. Russia and Saudi Arabia have put their differences aside to collaborate on energy and defeat their common enemy of US shale; the FT reports on “a rapprochement that seemed unthinkable a few years ago”, and which has already triggered promises of billions in investment.

The Central Bank is planning to subject its employees to lie detector tests to screen for leaks and corruption. VTB posted net profits of more than $1.74 billion last year. Any greenhouse gas emissions control taken on by Russia will be of its own design, rather than a copy of foreign systems, according to a presidential aide, because it has its own special economic needs. Open Democracy has a piece about the difficult task faced by environmental protesters in the North Caucasus using the case study of EcoWatch, a “foreign agent” which has seen its activists badly injured by attackers.