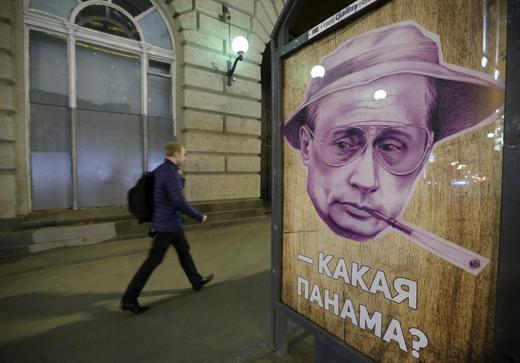 Critics are warning that the newly announced National Guard is mainly a means to protect President Vladimir Putin’s hold on power ahead of upcoming elections, likening it to a ‘Praetorian Guard on steroids’.  Kremlin spokesman Dmitry Peskov also pointed out that the National Guard will be involved in the suppression of protests, prompting analysis from Mark Galeotti that ‘There is no real reason for creating the National Guard out of the Interior [Ministry] Troops and other forces unless you have a serious worry about public unrest.’  The fact that it will be headed by Putin’s own former personal bodyguard, Viktor Zolotov, who has spent the last 25 years rising through state hierarchy has also created a stir.  Brian Whitmore sums it up: ‘So now Putin has his own personal police force headed by his longtime bodyguard.’  A poll by the Levada Centre found that a majority of Russians believe that government corruption is wholly unacceptable; 24% believe that it is an unresolvable issue.  Dmitry Peskov says the Kremlin is aware that corruption is still a problem in Russia, and that a systematic and transparent struggle against it is ongoing.  Prosecutors have launched a probe into Alexei Navalny’s Anticorruption Foundation (FBK), ordering it to hand over documentation pertaining to its financing and expenditure over the past three years.  Navalny says that FBK’s finances are entirely comprised of donations from Russian citizens.

Russia says that an oil price of $45-50 per barrel will be acceptable in terms of balancing the world market.  The World Bank estimates that 3.1 million Russians have fallen below the poverty line since the beginning of the economic crisis, bringing rates back to 2007 levels.  China will move several of its enterprises to Russia’s Far East.  According to a WikiLeaks Twitter post, the Panama Papers leak was funded by US billionaire George Soros.  The US plans to search the millions of leaked documents for names of those who may have helped companies evade sanctions, in order to add them to its list.  Lithuania’s Financial Crime Investigation Service confirmed that Putin’s close friend, Sergei Roldugin, used Lithuanian bank accounts to carry out transactions using offshore companies.  Ukraine says it can live happily without Russian gas, but would not be averse to being a customer again, for the right price.  Ukrainian Prime Minister Arseniy Yatsenyuk wants to ban Russian oil products.

Masha Gessen reads between the lines in the obituaries of murdered journalists.