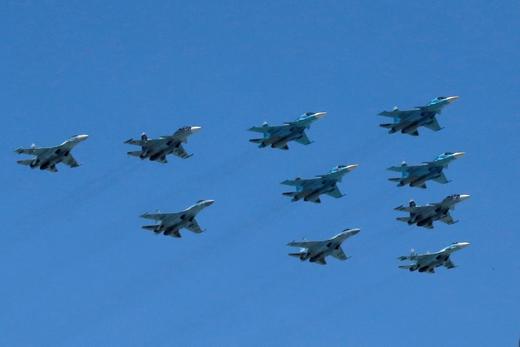 The Kremlin is concerned about newspaper reports claiming that Germany now sees Russia as a threat.  NATO’s constant rhetoric about a Russian threat is ‘simply a myth,’ says NATO Ambassador Alexander Grushko, that gives the alliance grounds to continue with its policies.  As Poland prepares to host huge multinational NATO military exercises on its territory, Reuters ponders whether it was US ‘negligence’ over Russia that has the alliance currently in ‘a mad scramble to catch up‘.  Foreign Minister Sergei Lavrov has responded to Finland’s hosting of NATO drills by promising to take unspecified retaliatory measures. ‘We do not hide our negative attitude to the movement of NATO’s military infrastructure towards our borders, to dragging new states into the military activity of the bloc,’ he said.

Lukoil reported a massive 59% drop in first-quarter profits for this year, to $651 million, due to crude pries falling to a 12-year low.  Price are on the rise again, though, up 80% from their low in January.  Lukoil says it is responding to the rebound in prices this year by increasing investments in its Siberian fields in order to avoid sharp falls in production.  Gazprom will invest $1.5 billion into gas pipelines in Kyrgyzstan by 2030.  Analysts are predicting that the Central Bank will cut its main policy rate, which is currently at 11%, for the first time in a year later this week.  Facebook is in negotiations with Russian Internet search engine Yandex over a potential partnership deal.  According to investigation by RBC news, Russian prosecutors are investigating some possible corruption cases among senior Interior Ministry officials, as revealed by the Panama Papers.

Having lost a major market in the US due to Western sanctions, Kalashnikov is looking to rebrand.  Israeli Prime Minister Benjamin Netanyahu is in Moscow for an official visit to President Vladimir Putin to discuss Syria.  The BBC tackles the question of the Kremlin’s stance on Brexit, noting that they have made no official statement on the matter.