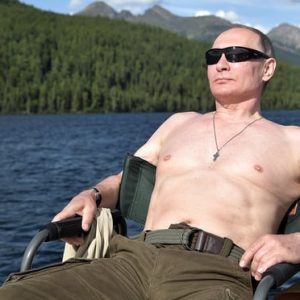 The European Court of Human Rights has weighed in on the case of Novaya Gazeta reporter Khudoberdi Nurmatov, (known as Ali Feruz) who is faced with a ‘death sentence’ deportation back to Uzbekistan: the court says the move is illegal as long as it has not decided on his case. According to a new poll, since sanctions have been approved for another year, Russians’ positive feelings about US President Donald Trump have sharply declined. Following a meeting with US Secretary of State Rex Tillerson on the sidelines of an international gathering in Manila, Foreign Minister Sergei Lavrov says he believes that despite tensions, he felt ‘the readiness of our U.S. colleagues to continue dialogue’. Tillerson says that he explained to Lavrov how Moscow’s meddling in the 2016 US presidential election had provoked ‘serious mistrust’ between the two countries. Tillerson noted that the Kremlin is showing ‘some willingness’ to initiate discussions about how to reach a resolution with regards to Ukraine. After the meeting, Lavrov told the press that the Trump administration was sending its new special representative for Ukraine negotiations to Moscow for talks.

In a move the Kremlin has described as politically motivated and illegal, the EU has decided to extend sanctions on Russia over the secret delivery of Siemens turbines to Crimea. The head of Germany’s Free Democratic Party has suggested in an interview that Germany may need to come to terms with the notion that the 2014 annexation of Ukraine’s Crimea region is a ‘permanent provisional arrangement’ in order to ‘get out of the dead-end situation‘.

RFE/RL examines Russia’s failure to commemorate the date upon which Stalin’s Great Terror began, unsurprisingly perhaps , given that in the past President Putin has criticised the ‘excessive demonization of Stalin’. State Duma Speaker Vyacheslav Volodin attempted to teach a young Communist some history – and found himself receiving a lesson. See here for photos from Putin’s holiday in Siberia: those looking for a classic rugged pose will not be disappointed.