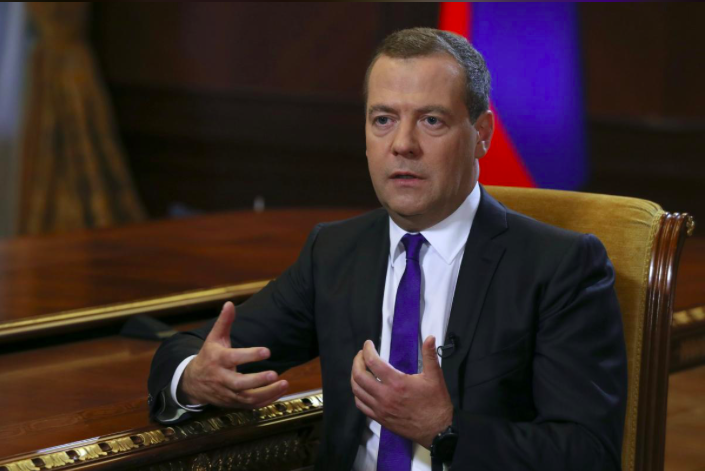 Hospitals in several Russian regions have imposed a temporary ban on abortions during a pro-life campaign by Prime Minister Dmitry Medvedev’s wife Svetlana aimed at reversing the demographic crisis. Speaking to Kommersant newspaper, Medvedev said that, if NATO decides to grant membership to Georgia, “a terrible conflict” could ensue. “I don’t understand what they are doing this for,” he said. The two breakaway regions of Georgia invaded by Russian troops in 2008 are still garrisoned by Russian troops. More Russians currently believe that Georgia, not the Kremlin, was to blame for these conflicts, according to a Levada Centre poll. Russia has destroyed more than 26,000 metric tons of food since its agricultural import ban, a retaliatory measure against Western sanctions. Maria Snegovaya claims that sanctions against Russia “have increasingly undermined the Kremlin’s ability to distribute wealth among its supporters in exchange for political support”. Ratings agency Moody’s says Russia will be able to absorb any new sanctions shockwaves.

Gazprom’s external borrowing program has been suspended due to its legal dispute with Naftogaz. Rusal is shutting down production at its Nadvoitsky aluminium smelter in Karelia due to losing its end market. The company blamed US sanctions for the move, which have also forced it to start stockpiling metals. Vladimir Anikeyev, the leader of the Shaltai-Boltai hacker collective, has been released from jail. Following increasing crackdowns on online speech, internet services company Mail.ru is calling on the Kremlin to change legislation that criminalises online hate speech, and to grant amnesty for existing charges.

The UK is poised to request the extradition from Russia of two nationals connected to the Novichok poisonings in Salisbury earlier this year. Good luck with that, says the Guardian, noting a long history of mutual legal unhelpfulness. This piece reports on the Kremlin and Putin links to Konstantin Nikolaev, the billionaire linked to the funding of suspected spy Maria Butina.