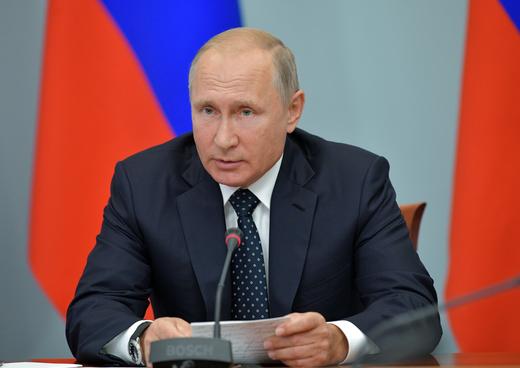 The Kremlin has denied Russia having any involvement in the poisoning of former spy Sergei Skripal and his daughter in Salisbury UK earlier this year, calling the UK’s accusations of senior Russian official involvement “unacceptable”, and saying that it sees no reason to investigate the two men charged. Britain is claiming that the men, charged in absentia with the murder, are agents with the GRU, (which, Leonid Bershidsky points out, doesn’t actually exist) who had traveled in Europe extensively in advance of the attack. The UK’s security minister said that the blame ultimately lies with President Vladimir Putin, as leader of the state. France, Germany, Canada, and the US have joined the UK in issuing a joint statement calling for Russia to disclose its nerve agent programme. Russia’s UN representative Vasily Nebenzya went on a tirade, accusing London of seeking to stir “disgusting anti-Russian hysteria”, and argued that the inconsistencies and unanswered questions relating to the evidence are “through the roof”. According to the Anti-Corruption Foundation, Russia’s Pension Fund spends around $100,000 a year on BMW rentals.

In the run-up to this weekend’s regional elections, members of the Parnas opposition party have allegedly been beaten by masked assailants and had their cars torched. A Moscow candidate running for a gubernatorial post was shot at during a meeting with voters over plans to build a landfill in the area. RFE/RL investigates the theory that gubernatorial candidates were only allowed into the race on condition that they would not campaign too extensively, possibly part of a wider strategy to reduce turnout. Current Moscow Mayor Sergei Sobyanin will “stroll to re-election” this weekend, says the FT. VTB wants the government and Central Bank to relax capital requirements for Russian lenders, to allow banks to lend more to the domestic economy. Rusal supposedly will be shunned by European customers seeking 2019 deals at next week’s industry “mating season” meet-up in Berlin. Russia would do well to buy back its own domestic debt, says Bloomberg.

A new report by the Environmental Ministry predicts an apocalyptic future for Russia caused by the effects of climate change. The Kremlin says it has killed 87,000 Syrian militants since the beginning of its military operations in the country. Russia will meet with Turkey and Iran to discuss the situation in Idlib.

PHOTO: Russia’s President Vladimir Putin chairs a government meeting on social and economic issues, including the pension system, in the Siberian city of Omsk, Russia August 28, 2018. Sputnik/Alexei Druzhinin/Kremlin via REUTERS