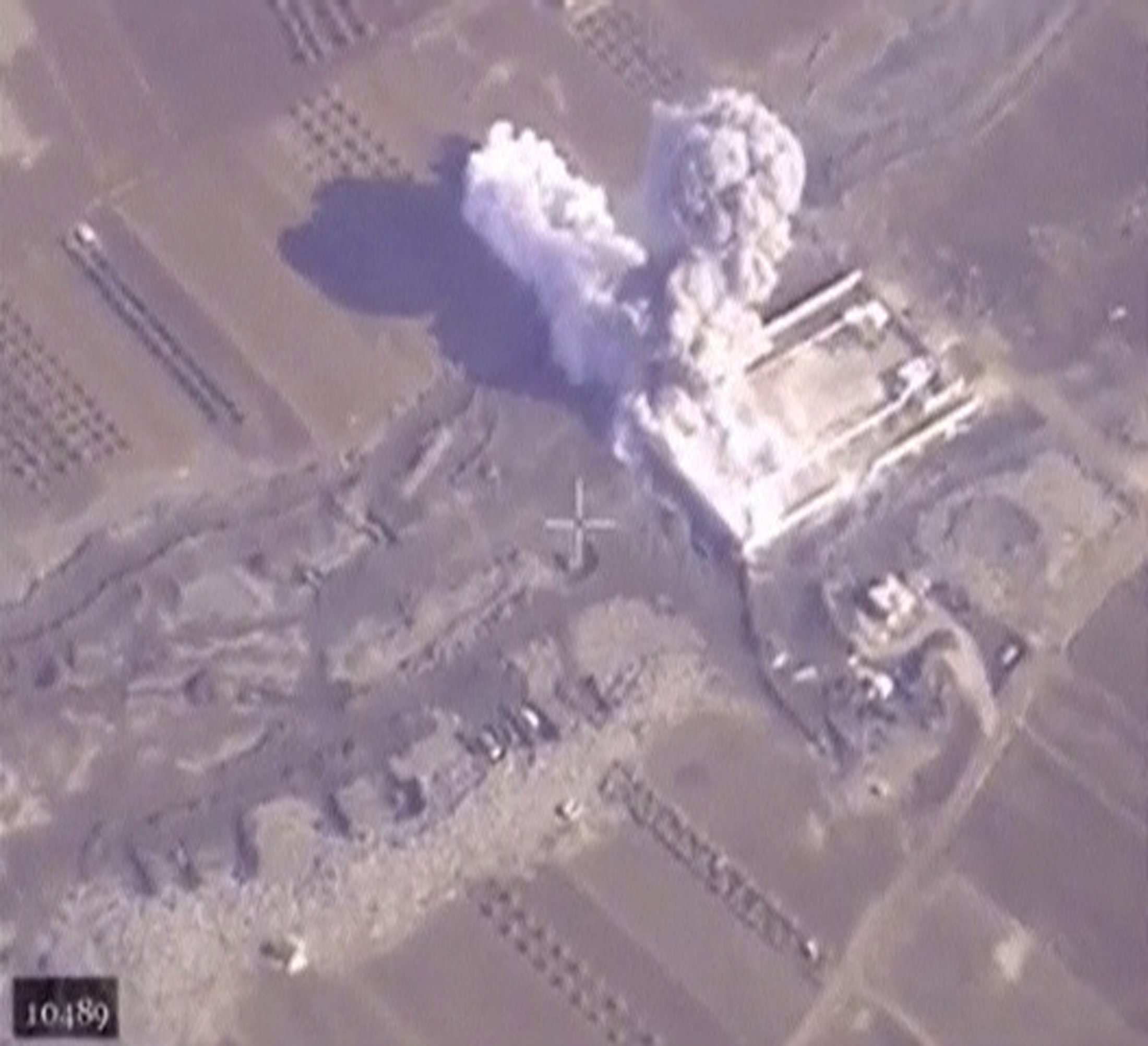 The Turkish Foreign Minister called images of a Russian serviceman brandishing a rocket launcher from the deck of a ship passing through Turkish waters as ‘a provocation’.  Turkey seized four Russian ships near the Black Sea port of Samsun over the weekend, reportedly in response to Russian aggression; three of the ships were released.  Turkish President Recep Tayyip Erdogan says it will be possible for Ankara to find alternatives to Russian oil and gas, but joint energy projects (gas and nuclear) apparently remain unaffected.  Russia also apparently is now targeting Syrian militants close to the border with Lebanon.  Rospotrebnadzor, the consumer protection agency, is advising citizens not to leave the country over the ten-day-long New Year’s holiday, warning of potential health risks in Egypt, Turkey, and Thailand (some of Russians’ top vacation spots); the agency even went so far as to suggest that the influx of refugees from Syria is also apparently increasing the likelihood of catching a deadly infection (such as bubonic plague) in Europe.  Flight bans to Egypt, Turkey, and Ukraine are expected to cost Moscow’s airports $74 million annually.  Sergei Lavrov spoke with his Egyptian counterpart about coordinating efforts to unite the Syrian opposition.

The State Duma approved a law that grants the Federal Constitutional Court the right to declare international court orders unenforceable within Russia.  The Economic Development Minister is calling for the country to develop ‘non-oil exports’ to offset the drop in global energy prices, which some say is being orchestrated by Saudi Arabia through OPEC to promote Russia’s financial ruin.  The Financial Times argues that Russia has been wrong to put more emphasis on military power than on ‘economic clout’, a point underscored by Deputy Prime Minister Dmitry Rogozin’s praising of Russia’s military industrial complex as the driving force of the economy last week.  The US government has officially refused a Russian request to provide guarantees for Ukraine’s $3 billion worth of liabilities.

Lawyer Dmitry Shumkov, who was awarded Russia’s Lawyer of the Year award in 2012, was found dead in his offices in Moscow over the weekend, with reports alleging suicide.  Protests against the new truck tax continue.

PHOTO: A frame grab taken from footage released by Russia’s Defence Ministry December 4, 2015, shows air strikes carried out by Russia’s air force hitting a training camp, which, according to the ministry, is controlled by the Islamic State militants, in Aleppo in Syria. REUTERS/Ministry of Defence of the Russian Federation/Handout