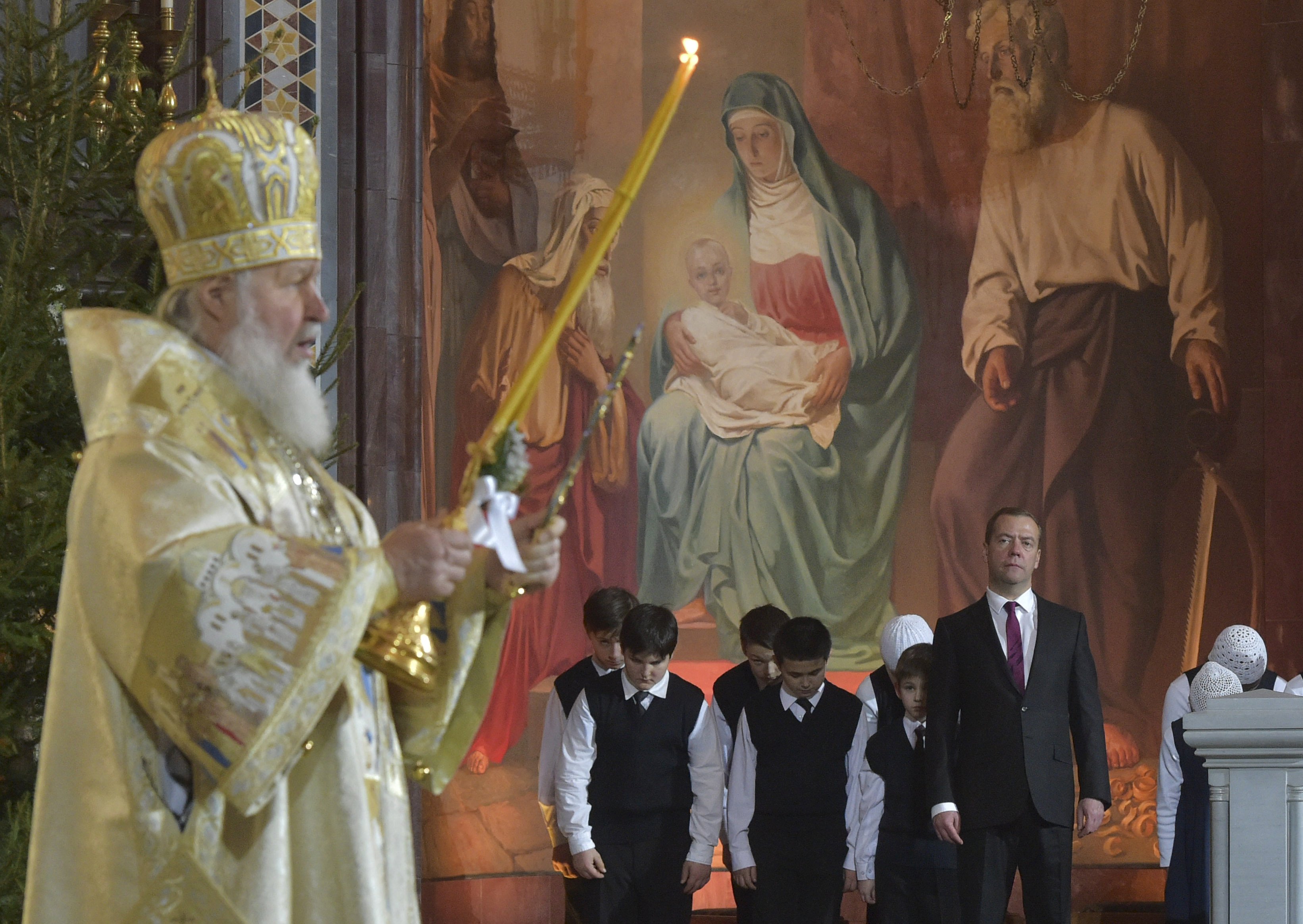 Seven Russian activists from investigative blogger group the Conflict Intelligence Team say they have evidence that Russian aircraft stationed in Syria were armed with cluster bombs, echoing claims by Human Rights Watch last month. With the help of Russian air forces, Syrian President Bashar al-Assad is reportedly making ‘a new push’ in the South against rebel strongholds, despite an earlier commitment from Russia not to encroach on the spheres of influence of Jordan and Israel.  Valentin Balakhnichev, the former head of Russian athletics, together with Russia’s former coach, have been banned from athletics for life over charges of corruption.  Yesterday was Christmas Day in the Orthodox calendar; President Vladimir Putin praised the church for its ‘responsible service’ to Russian society; Dmitry Medvedev joined Orthodox Church leader Patriarch Kirill for a service in Moscow’s Cathedral of Christ the Saviour (in which members of feminist group Pussy Riot were arrested in 2012).  Kirill encouraged people to weather the economic crisis, insisting that it does not constitute a ‘terrible tragedy’, but rather that current economic hardships roughly equate with ‘a slight reduction in consumption’.

A US cyberintelligence firm believes that Russian firm Sandworm was responsible for last month’s power outage in Ukraine.  Google says it has fixed the error that led its online translating tool to covert ‘Russian Federation’ into ‘Mordor’; other accidental translations apparently included ‘Russian’ as ‘occupier’ and ‘Sergei Lavrov’ as ‘sad little horse’.