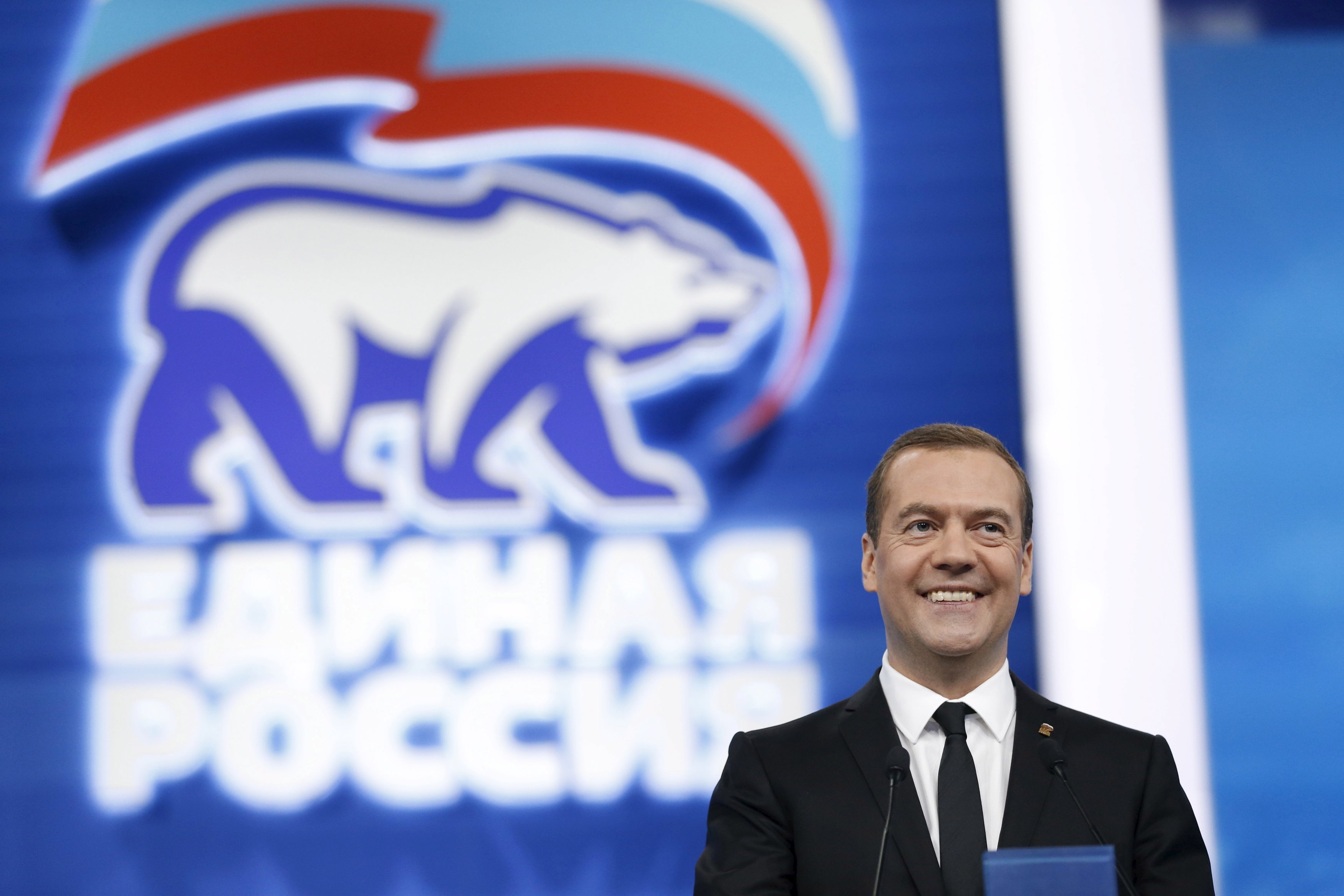 TODAY: United Russia holds party congress on appeasing voters; Finance Ministry seeking a eurobond for the first time in 3 years; over half of Russians are pessimistic about economy; Krill to meet with Pope; Kerry says Russia is going to agree to a ceasefire in Syria; is the Kremlin ready for a truce in Ukraine too? Yakunin under investigation.

United Russia held its party congress this weekend, with members instructing grassroots officials on how to deal with a darkening public mood; it is attempting to portray itself as more caring and critical of the Kremlin, says the FT, in a bid to stave off the potential for public protests about the economic crisis.  Prime Minister Dmitry Medvedev spoke to party candidates last week about the need for Russia to change the structure of its economy while the oil price is low.  The Finance Ministry has approached 25 investment banks in the West about a possible eurobond, for the first time since 2013, and just three weeks after saying it would not seek foreign cash whilst sanctions are in place.  Medvedev is to meet with top Kremlin officials to secure the stability of the banking industry.  Moscow-based Millennium bank had its license revoked last week for loss of capital.  The latest polls show that more than half of the population have a negative outlook for the economy.  Russia’s medicine imports for 2015 were worth $6.8 billion less than the previous year.

Pope Francis and Orthodox leader Patriarch Kirill are to meet in Cuba later this week, a meeting that has been anticipated for 20 years, says the Russian church.  US Secretary of State John Kerry says Russia and Syria both are in violation of a UN resolution calling for a ceasefire in the civil war, but that Russia has indicated that it is now ready to end fighting.  If Sergei Lavrov’s contributions are anything to go by, the Kremlin’s diplomatic moves in Ukraine are ‘disingenuous’, says the Washington Post.  Senate Chairman John McCain argues that last December’s US spending bill ‘will effectively allow ULA to buy an unlimited number of Russian rocket engines’, potentially giving Moscow hundreds of millions of dollars to help it violate various treaties.  Foreign Minister Sergei Lavrov spoke with his Japanese counterpart about North Korea’s rocket launch.  President Vladimir Putin will not meet with his Turkish counterpart.

The former head of Russian Railways, Vladimir Kunin, is being investigated by law enforcement agencies for corruption, according to Alexei Navalny.  Russian phone app developer Sentrant is being accused of defrauding companies of millions of dollars through apps that load invisible ads.  The number of health facilities in Russia’s rural areas fell by 75% from 2005 to 2013, and they are still suffering cuts, as evidenced by the recent closure of an indispensable maternity ward in the small Siberian town of Bograd.