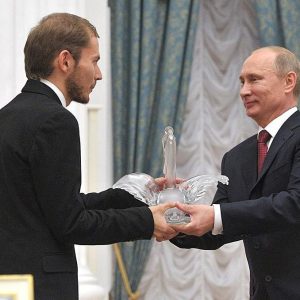 The authorities in Moscow have finalized a list of apartment buildings in the capital to be demolished under the controversial urban renewal scheme that has brought the capital’s citizens out in droves to protest. According to the plan, which is published on the Moscow Mayor’s Office website, more than 350,000 apartments will be demolished and the owners will have new apartments by 2032. An award-winning teacher has reportedly been dismissed from his job in the Moscow region for running for public office as a candidate for the opposition Yabloko party. Unusually, three NGOs which received the unenviable ‘foreign agent’ label have been awarded grants by the presidential fund – and, for the first time since 2012, the pro-Putin biker gang the Night Wolves has been left out. The Russian LGBT Network has become the latest of a number of action groups to report on the alleged widespread detention and torture of gay people in Chechnya, where it believes at least 20 detainees were murdered by Chechen security forces. According to Bloomberg, the aggregate wealth of Russia’s 27 dollar billionaires grew by $10.14 billion in January-August 2017.

US Vice President Mike Pence continues to raise Russia’s hackles on his Eastern European tour, having criticised Moscow’s ‘occupation’ of Georgia whilst there, he has now praised Montenegrin leaders for facing up to ‘Russian pressure’ in its (successful) attempt to join NATO. The Vice President’s tour is quite simply designed to ‘boost the anti-Russian sentiments in these territories’ one Kremlin-loyal Montenegrin has told Tass. Putin has suggested the slashes to US embassy staff are sufficient retaliation for sanctions, and with good reason, argues this article, as Russia’s fragile economy would not be able to cope with more trenchant measures. A high-ranking Kremlin official has asserted that should the US Embassy slow travel visa processing for Russian citizens, Russia will take reciprocal action.

A new $2.5 billion memorandum of understanding between Russia and Iran has been signed, reflecting, says this piece, why Donald Trump has reason to fear the impact of sanctions: ‘in this fray, the imposers of sanctions essentially take themselves right out of the game and leave everything on the table for their rivals to accumulate additional wealth and power. China knows this; Russia knows this’. It is suggested that the presence of Chinese warships alongside Russian naval vessels on Naval Day may well have caused the US President some unease. Having fought so hard to keep him in power, is the Kremlin losing influence over Syrian President Bashar al-Assad? Steelmaker Severstal has developed the largest ‘data lake’ in Russia’s industrial sector in an attempt to modernise its operations; its chief digital officer notes, ‘this is not innovation: we are catching up’. Dramatic scenes have been witnessed at a Moscow court house as three members of the GTA criminal gang were killed whilst trying to escape from their hearing.

PHOTO: Teacher Alexander Demakhin receives the ‘Teacher of the Year’ award from Vladimir Putin. Since revealing his decision to run for public office as a Yabloko candidate, he has lost his job. (Kremlin Press Service)