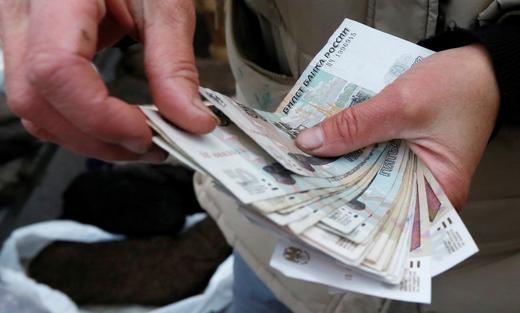 As expected, President Vladimir Putin signed legislation yesterday officially decriminalising domestic abuse that results in ‘minor harm’ and first-time offenses.  He has also ordered a ‘snap check’ of Russia’s armed forces, to ensure that they are ready for battle, with Defense Minister Sergei Shoigu describing the check as preparation ‘for a time of war’.  Kremlin spokesman Dmitry Peskov says the Kremlin has no intention of blowing the Fox News incident (in which presenter Bill O’Reilly called Vladimir Putin ‘a killer’) out of proportion, and that it is prepared to wait until 2023 for an apology, if necessary.  RFE/RL this week launched Current Time, a new Russian-language television channel to offer an alternative to state-run media and ‘disinformation’.  Foreign Minister Sergei Lavrov described U.S. President Donald Trump’s opinion about the conflict in Ukraine as ‘a qualitative change’ from that of the previous administration.  Trump has contradicted himself again over his relationship (or lack thereof) with Vladimir Putin.  Roskomnadzor is sending mixed messages with its treatment of online pornography sites.

Prominent Kremlin critic Vladimir Kara-Murza, who is currently in a coma, has been diagnosed with ‘acute poisoning by an undefined substance’, according to his wife.  The European Court of Human Rights ordered Russia to pay a group of activists $200,000 collectively as compensation for limiting their right to hold public gatherings and marches, and to have fair court hearings.  The Russian Direct Investment Fund (RDIF) is expecting to receive over $1 billion in new capital and company stakes from the state by the end of this year.  Mobile phone operators in Russia will be compensated for implementing controversial new anti-terror legislation that calls for them to store customers messages, photos, and videos, for six months.

The Russian Academy of Sciences has lambasted homeopathy as dangerous and unscientific.  Russian hackers are being blamed yet again, this time for an attack on a Texas police department.  Russian athletes implicated in recent doping scandals are still showing up for winter championship events, angering other athletes who are calling for boycotts and other actions.