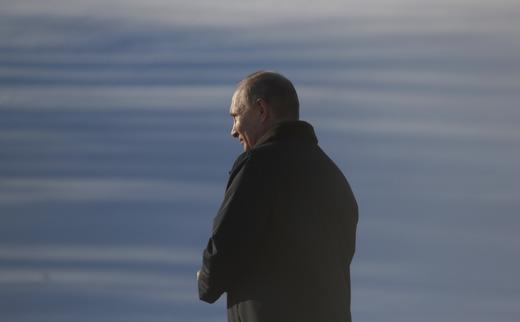 President Vladimir Putin is on the presidential campaign trail in Krasnoyarsk today, crowing about Russia’s leading reputation in sports and pushing an agenda of “ecological control”, as the city suffers from an intense form of air pollution – a source of tension for activists who are angry that the air quality is only better when officials come to town on visits. Putin today will meet with metals oligarchs from Norilsk Nickel and En+ Group. The total number of candidates officially registered with the Central Election Commission for the March 18 presidential elections has risen to 6. Simon Tisdall in the Guardian is baffled as to why the US is silent. “If this rigged election were being held in Iran or Zimbabwe or Venezuela, screams of tweeted outrage would issue daily from the White House,” he writes. The latest poll, from the All-Russia Public Opinion Research Centre, is estimating 80% turnout for the vote (having asked respondents if they were willing to fulfill their civil duty). This piece notes the public perception that criticism of Putin is seen in Russia as unpatriotic, explaining why many have trouble admitting their reservations about Putin’s upcoming fourth term; either that, or the fact that there is no other viable option. “I don’t support Putin. But who else am I going to turn to for help? This is a dictatorship. I have no other choice.” Activists are protesting in Kolyvan for authorities to fill in a trench that has claimed 3 lives, with residents documenting a long list of negligence.

Russia sold around $15 billion worth of weapons last year, according to Rosoboronexport. Poland may be able to avoid signing another long-term contract with Gazprom if it can successfully leverage diversification efforts. The Russian Embassy in Oslo has had to deny allegations that it funded a military training program for a neo-Nazi group. “It is not our country’s fault that the ultra-radical movement in Europe strengthens while traditional parties lose their influence.” Foreign Minister Sergei Lavrov says the West is allergic to Moscow’s domestic and foreign policy success. Moscow is complaining about Washington’s renaming of the street where the Russian embassy finds its address after opposition leader Boris Nemtsov. The Russian Olympic Committee is suspended from the Winter Olympics – except its vice president.

Norilsk Nickel is teaming up with Russian Platinum on a $4.4 billion Siberia mining investment. Privatisation will not be undertaken lightly this year, according to Economy Minister Maxim Oreshkin, because the budget is no longer in trouble. Two reviews of the Russian-directed film Loveless, which has been nominated for an Oscar; the Independent says it looks as though the director is taking a swipe at the materialism of the post-Communist era; the FT gave it 4 stars.

PHOTO: Russian President Vladimir Putin attends a wreath laying ceremony during an event to commemorate the 75th anniversary of the battle of Stalingrad, February 07, 2018. (Reuters/MAXIM SHEMETOV)