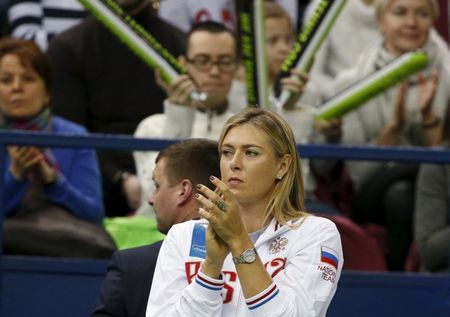 Russian tennis star Maria Sharapova revealed that she has tested positive for meldonium, a banned substance, and that she has knowingly taken it since age 16 (before it was banned by WADA, the World Anti-Doping Agency).  The International Tennis Federation says she will be provisionally suspended as of this weekend, and Bloomberg suggests that she could lose the $300,000 she won at the Australian Open earlier this year.  WADA says Russia still has ‘much, much work’ to be done to clean up its drugs-testing program before the next Olympic games in Brazil.  Serbian President Tomislav Nikolic suggested that, without Russian involvement, Syria could face the same fate as other countries which have succumbed to Islamic State through not having protection and support.  He also praised Serbia’s current relationship with Russia as ‘a fully open friendship’.  Observers are warning that Russia’s military campaign in Syria will backfire at home by angering Russian Muslims, but a recent survey suggests that many Muslims are supportive of of Vladimir Putin’s support of Syrian President Bashar al-Assad.  The Defence Ministry is ready to grant access to its military bases in Syria for deliveries of humanitarian aid.

Opposition figure Michael Kasyanov writes about a recent campaign trip to Nizhny Novgorod, where he was physically threatened, and discusses his goal to become a member of the parliamentary opposition.  This piece draws comparisons between the current US election and Putin’s 1996 presidential campaign. The WSJ reports on successful startups launched by Russian entrepreneurs in remote towns such as Ulyanovsk, calling them the silver lining of the economic crisis.  Top Russian carmaker Avtovaz, which lost over $1 billion last year, has fired its CEO.  77% of Russians would like to see more women involved in politics.  Six of the world’s last remaining wild horses have been relocated from France to Russia’s Orenburg Reserves, a group of protected nature sites along the Kazakhstan border.  Two Russians have set a record for the deepest ice dive in the White Sea.

Azerbaijan is apparently refusing to pay for a recent shipment of Russian arms.  Russia is planning to test-fire missiles with nuclear warheads in the Arctic.  The Foreign Ministry says it is opposed to South Korean-US military exercises.