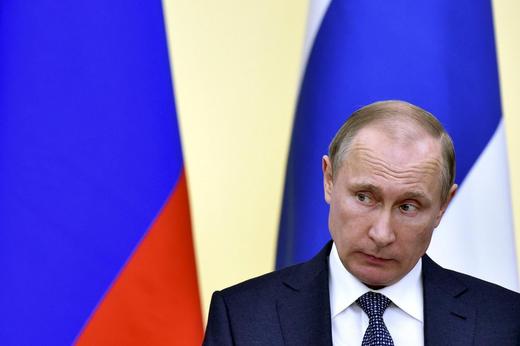 President Vladimir Putin spoke at the All-Russia People’s Front media forum yesterday on a variety of issues, addressing the publication of the Panama Papers for the first time since they were released, calling them an attempt to destabilise Russia internationally and make it more docile, and focusing on the report’s vagueness and lack of details in its accusations.  ‘Your humble servant is not there; there is nothing to talk about,’ he said.  He defended his friend Sergei Roldugin, the cellist named in the Panama Papers, as having done nothing wrong, and praised him for donating expensive musical instruments to public institutions.  ‘I am proud to have such a man among my friends,’ he said.  He also espoused patriotism as ‘one of the key components of the Russian self-consciousness’.  A new Siberian café devoted to Putin (President Café) is raising eyebrows over its use of images of Western leaders in the toilets.  A VTsIOM poll indicates that most Russians believe the worst of their economic hardships are yet to come; Russia’s per capita gross domestic product more than doubled from 2000 to 2014, but the tide is reversing, with real household income dropping 7% in February, year-on-year.

Family members of Viktor Zolotov, the leader of the newly announced National Guard, own real estate worth $9.75 million, according to an investigation by Alexei Navalny’s Anti-Corruption Foundation.  Sociologist Ella Paneyakh analysed the specifics of the new Guard, noting that members of the new face will have powers to ‘seize anyone and keep them as long as they want, wherever they want’.  Putin also praised Russia’s military operation in Syria for reinforcing the country’s statehood and legitimate government, adding that ‘we have accomplished our mission’.  He explained that Russia’s decision not to take part in the nuclear summit in the US last week was based on Washington’s failure to destroy its stock of weapons-grade plutonium.  Prime Minister Dmitry Medvedev arrived in the Armenian capital of Yerevan to act as an intermediary in resolving the Nagorno-Karabakh conflict.

RFE/FL focuses on 29-year-old regional lawmaker Olga Li, who is facing a criminal investigation over a Youtube video accusing the Kremlin of failing to deal with ‘rampant corruption’.  A court in Saratov has accepted a lawsuit filed by local resident Nikolai Suvorov calling for the removal of ‘enemy of the state’ President Putin from his current post.