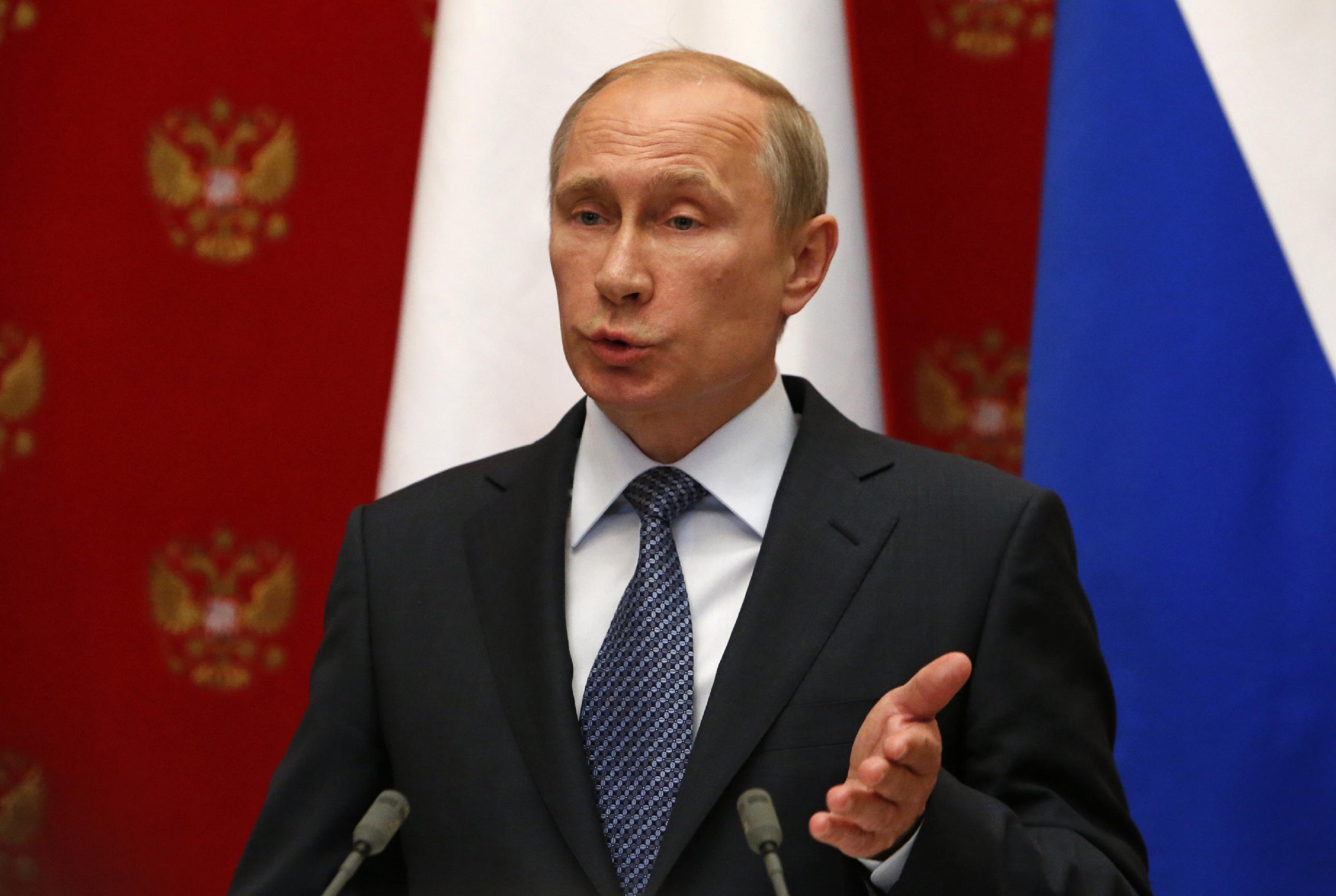 Boosting MICEX stocks and bonds to their highest levels in seven weeks, President Vladimir Putin told a Kremlin news conference that Russia has withdrawn its troops from the border with Ukraine, and called for Ukrainian separatists to abandon plans to hold a referendum on sovereignty this weekend ‘in order to create all necessary conditions for this dialogue’.  Putin voiced support for Ukraine’s planned presidential election on May 25 as a step ‘in the right direction’.  His troop announcement was greeted with widespread skepticism, not least because similar claims have already been made in recent weeks by both Putin and Foreign Minister Sergei Lavrov. The White House says it has seen no evidence that Russian troops have pulled back from the border.  Putin’s conciliatory appearance is merely a reaction to economic pressure, says the WSJ, noting that the Russian market is currently struggling under the burden of Western sanctions.  Putin will meet with the leaders of Armenia, Belarus, Kyrgyzstan, and Tajikistan today to discuss Ukraine and ‘collective security’, and also, apparently, to attend a military training exercise.  U.S. President Barack Obama announced plans to pull Russia from its duty-free import program, which will affect imports of Russian goods such as steel-making materials, tiles, and ceramics.

The WSJ talked to a number of CEOs of global companies regarding the effects of the Russia-Ukraine crisis on business, with many voicing uncertainty and reporting troubling conditions; Reuters adds to the list.  The Washington Post says the sanctions may also be taking a toll in Europe; one analyst suggests that Europe and the U.S. ‘need Russia more than Russia needs them.’  Of course, notes RFE/RL, the E.U. gets one third of its natural gas from Russia.  The St. Petersburg International Economic Forum will keep to its planned program despite a number of Western companies dropping out; Dmitry Peskov says Moscow understands that U.S. companies are under ‘direct unprecedented pressure like oppression’ not to attend. ‘They make their decisions to come or not to come to the forum, that’s their choice. We understand.’

A survey by the Levada Centre from last month indicates Putin’s ratings are at their highest since 2010.  ‘Given the birth slump of the past two decades, Russia’s labor force will be smaller in 2030 than it is today.’  Nadezhda Tolokonnikova says there is ‘no feminist theory in Russia’ because the feminist movement was ‘crushed by Stalin’.