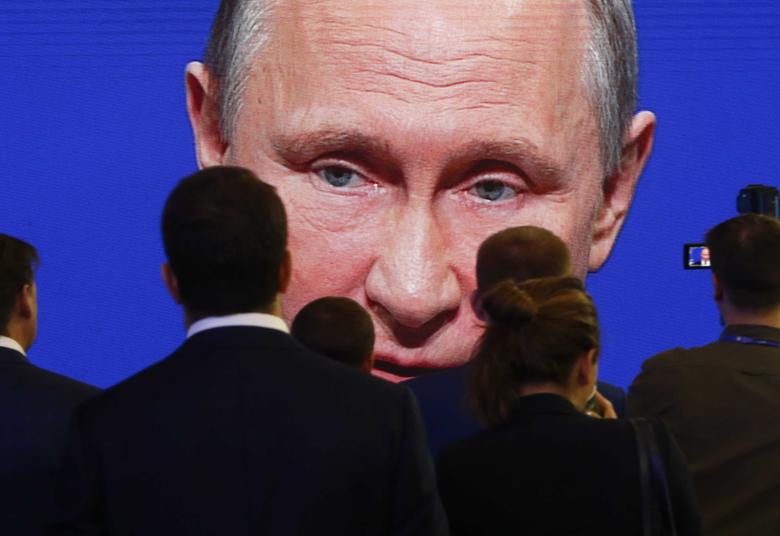 TODAY: Navalny-organised anti-corruption march to go ahead next week; Sobyanin will not budge on demolition plans; lawmakers want “foreign agent” law extended; Kremlin denies allegations that it hacked Qatari news; US still in favour of extending sanctions against Russia; Kasparov on Putin; Stone documentary on Putin set to air; Moscow Times to be acquired by a Dutch company, end print run.

An anti-corruption march organised by Alexei Navalny’s Anti-Corruption Fund will be held next week in Moscow at a site approved by Moscow authorities, outside of the city; Moscow will not allow the march to include loudspeakers or video screens. Alexei Vorsin, Navalny’s campaign chief in Khabarovsk, has been detained in connection with having made public calls for Russians to join the demonstrations. Moscow Mayor Sergei Sobyanin is not budging on his unpopular 20-year demolition plan. Lawmakers in the Duma want the “foreign agent” law to be broadened to include NGOs that receive funding from Russians who have foreign income sources. Russia was unimpressed by allegations that it hacked the Qatari news agency to plant a fake story, with Dmitry Peskov branding the charge “yet another fake”.

US senators are still in support of extending sanctions against Russia. Former world chess champion Garry Kasparov says this is the first time that Vladimir Putin has encountered organised resistance to his efforts to influence election results in the West. In the Oliver Stone documentary set to start airing on US television next week, “in which the Russian leader appears to be given ample room to vent long-held grievances against the United States,” Vladimir Putin says that “nobody would survive” a hot war between Russia and the US. Stone is already defending the documentary after receiving criticism for not pushing Putin hard enough. “I’m not a journalist. I’m a filmmaker and I was taking a different approach,” he said.

The Moscow Times is due to be acquired by a Dutch-registered foundation, amidst reports of coming staff cuts and the discontinuation of the print version of the paper. US prosecutors have charged over two dozen alleged members of a Russian organised crime gang in New York City.