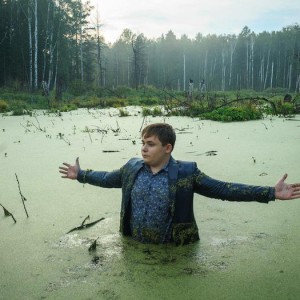 Russia’s entire Paralympic team has been banned from the upcoming games in Brazil as a result of Professor Richard McLaren’s recent report on endemic doping, which, according to the Guardian, ‘proved that the Russian system was so compromised it could not be trusted’.  An online petition calling for the dismissal of Prime Minister Dmitry Medvedev following what some saw as insensitive comments about teachers’ salaries, gathered more than 160,000 signatures in 24 hours.  The Prime Minister may have been a source of plentiful jokes (his infamous ‘there’s no more money, take care’ comments back in May generated countless spoofs ) but as a rule, this article says, thanks to Putin’s ‘powerful propaganda machine’, political satire is ‘a dying business in Russia.’  Opposition politician Maksim Reznik, who was hoping to run for reelection to St. Petersburg’s Legislative Assembly, has been denied registration.

Since the Kremlin introduced a ban on Western imports last August, more than 7,500 tons of food has apparently been destroyed.  Sputnik argues that thanks to Russia’s counter-sanctions against Western food products, ‘its agricultural industry is going from strength to strength.’   Despite the flurry of corruption-linked arrests in recent months, ‘what our country actually needs is a fundamental improvement in the quality of its governance’, says Ilya Shumanov of Transparency International Russia.  Meanwhile the Justice Ministry has suggested legislative changes that would reduce the severity of punishments for so-called minor instances of corruption.  Authorities in Moscow have reportedly begun the construction of a contested statue of Prince Vladimir without securing UNESCO approval.

Workers constructing one of Putin’s prestige projects, the Kerch Strait Bridge, designed to link Crimea to Russia, have described appalling working conditions to RFE/RL.  A sudden mushrooming of armed checkpoints at various sites around the peninsula has unnerved Crimean Tatar activists.  The worth of the Russian government’s stake in oil giant Bashneft has been provisionally estimated at $4.7 billion.

PHOTO: Photos by a 16-year-old schoolboy in Chelyabinsk have gone viral in Russia. Igor Nazarov posed half-submerged in a swamp, while wearing a business suit, as part of a competition on social media to find the most unusual photo. The photos sparked a host of memes and are now being used on social media as an ironic response to almost anything. (Alexei Nazarov)