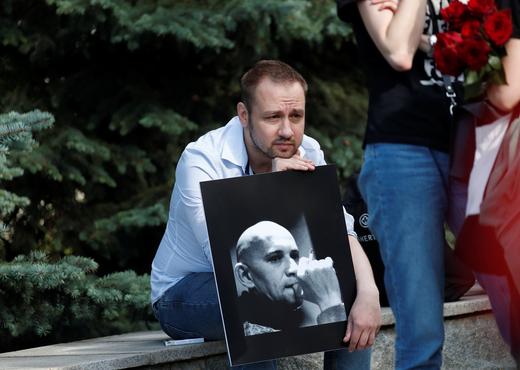 Opposition leader Alexei Navalny is calling for mass demonstrations in 46 cities across the country next month in response to the Kremlin’s plans to raise the retirement age. He suggested that the rallies should be held on the day of the regional elections, September 9. Two opinion pieces today note growing public discontent in Russia and how intensely Vladimir Putin has sought to contain and prevent it: the FT says signs of a “significant Russian public mood swing suggest the Kremlin needs to act now”; and a former deputy director of the CIA writes in the Washington Post that protest is Putin’s number one fear, and that US sanctions should be implemented with the aim of hurting the middle class, to encourage rebellion. The US State Department is apparently considering imposing sanctions on Sistema head Vladimir Yevtushenkov, due the company’s alleged work in Crimea (it says it has not been involved in any projects in the region). Rosneft shares have reached an all-time peak after the company announced tripled second-quarter profits.

As funerals were held for the three Russian television journalists killed Central African Republic last month, this piece discusses the work they were involved in (an investigation of private security company, the Wagner Group) and the circumstances surrounding their deaths. A fourth resident of the Altai region has been charged with extremism after posting hateful material on social media. The Economist is sobered by the thought that Russia has “no serious rivals in the export of nuclear technology”, given how much non-carbon energy the world needs to start generating. Staff at Forbes Russia have allegedly gone without pay for two weeks.

Georgia’s ambassador to the UK writes in the Guardian, ten years on from Russia’s military aggression in his country, of the ongoing after-effects of the invasion, and calling on the West to stand up for Georgia against Russia’s efforts to “redraw European borders by force”.