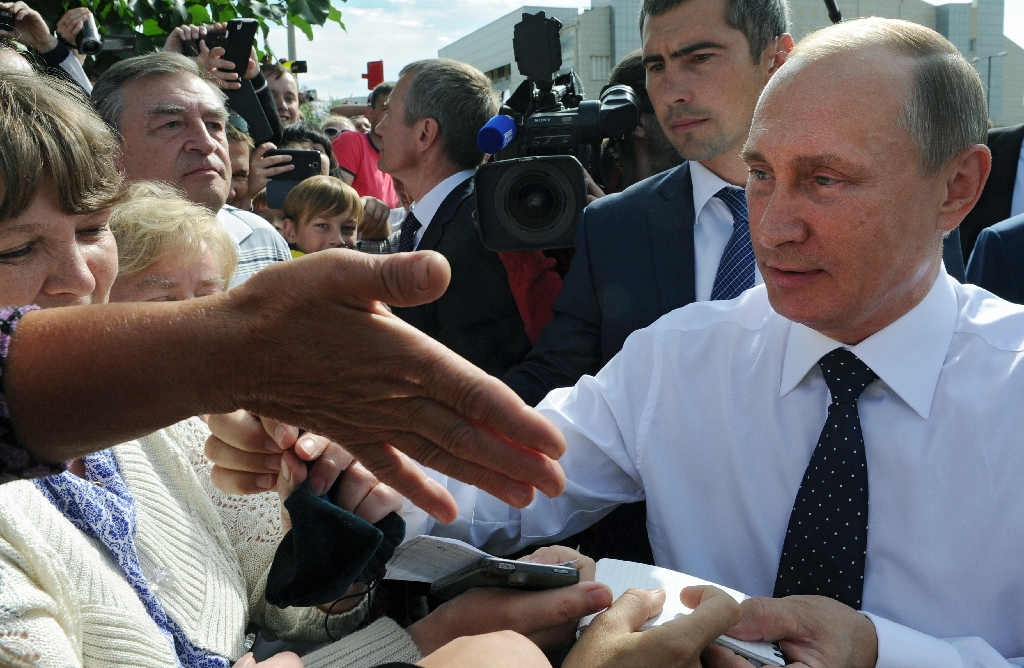 French President Francois Hollande expressed hope that the most recent ceasefire process, which he said ‘has almost been respected’ in Ukraine, will lead to the end of anti-Russia sanctions.  Russia warned Ukraine that its chances of averting a trade embargo will decrease after Kiev’s free trade pact with the European Union comes into effect next year.  Valentina Matviyenko, the head of the Federation Council, says Ukraine has no chance of being admitted into the E.U. any time soon, and that the prospect is merely ‘a carrot offered as bait’.  In a landmark concession to Brussels, Gazprom launched its first public actions for spot gas supplies in Europe.  Rosneft head Igor Sechin says Russia rejected an offer to join OPEC. ‘[T]here’s no point in joining this organization,’ he said.  Russia’s oil producers are beating their Western rivals in terms of cash flow, profit margins and share prices.  The United States approached Greece, requesting that it ban Russian planes from using Greek airspace to deliver military supplies to Syria.  In support of President Putin’s original refutation of the Syria allegations, Kremlin spokesman Dmitry Peskov says he has no information on the alleged increased Russian military presence in Syria.  The Foreign Ministry says its Syria policy has been consistent for years and it does not understand John Kerry’s warning earlier this week. ‘We are supporting them, we were supporting them and we will be supporting them,’ it said.

Media boss Dmitry Kiselyov is suing the E.U. Council for his inclusion on a blacklist.  German publisher Axel Springer, which publishes the Russian editions of Forbes and OK!, is withdrawing from its Russian business.  Will the Kremlin’s manipulation of ‘violent and fanatical elements’ of its population backfire and give power to far right extremists?  VTB will set up a new bank as a joint venture with the postal service in a bid to create a rival to Sberbank.  Tens of thousands of protesters are camping out in Chisinau to protest a $1 billion banking fraud and widespread corruption.

Journalist Oleg Kashin has released the names of the three men – all security guards at a St. Petersburg factory – who were charged with beating him almost to death in 2010.  But, Kashin notes, the anonymous person who ordered the attack has still not been identified. The authorities are constantly changing electoral law to give themselves the advantage over opposition, says Vladimir Ryzhkov.  A Moscow Times interview addresses the struggles faced by Russia’s transgender community.