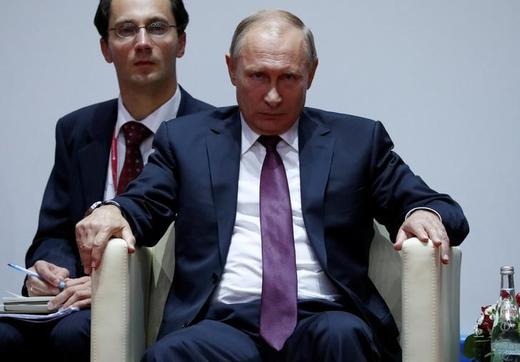 Russia is preparing for a week of huge military exercises in Belarus next week, including aircraft and warships. Germany is anticipating that the number of troops involved could be 100,000, but Moscow had said that only 13,000 servicemen would participate. Ukrainian President Petro Poroshenko is concerned that Russia will use the drill as a cover for an invasion into Ukrainian territory. Central Bank governor Elvira Nabiullina says the Otrkitie bailout has raised concerns about the general stability of Russia’s banking sector, but that the bailout is an isolated case, and not indicative of a wider problem. Sberbank head German Gref backed up her statements. Finance Minister Anton Siluanov spoke to Bloomberg about the current forecasted stability of the ruble and a budget based on an oil price of $40; he is in favour of extending the current OPEC cuts to raise prices.

The Moscow-based nonprofit Sova Center, which records hate crimes and extremist movements, is being sued by the Moscow Prosecutor’s Office in connection with the law on “undesirable organisations” due to its funding sources. Moscow authorities say that a plaque placed on the former residence of murdered opposition politician Boris Nemtsov to honour him is illegal, and that it cannot be placed until 10 years have passed since his death. Journalist Yulia Latynina says the arson attack on her car may have been part of a failed assassination attempt. Boris Yakemenko, the founder of pro-Kremlin, Orthodox youth group Nashi, says he will run next year in the presidential elections; he has not discussed these plans with the Kremlin previously. The mother of Darya Polyudova, jailed for Internet posts that were critical of Russia’s actions in Ukraine, went on hunger strike last month to protest prison conditions.

In light of Facebook’s reveal about the fake accounts that bought $100,000 worth of advertising during last year’s US presidential elections, RFE/RL reports on the Internet Research Agency in St Petersburg, aka the Kremlin’s “troll farm”. Putin has suggested that a bridge connecting Russia and Japan be built to improve relations.