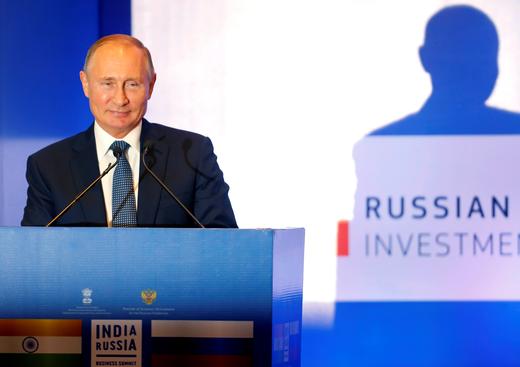 Support for the ruling United Russia party is at a ten-year low due to public anger following the Kremlin’s widely unpopular reform of the retirement age, according to a new poll, with just 31% of respondents saying they would vote for the party in an election this week. Russia is accusing the US of killing 73 people during drugs tests at a secret biological weapons laboratory in Georgia, and vowing to take retaliatory measures. As expected, India signed a $5 billion deal to buy S-400 surface to air missile systems from Russia, despite warnings of triggering US sanctions. Latvia’s pro-Russia party, Harmony, topped the polls in the country’s elections with 20% of the vote (a quarter of its population is ethnic Russians).

Leonid Bershidsky writes in both the Moscow Times and Bloomberg on the bungled nature of recent supposed GRU military intelligence operations, blaming the almost two decades of Putin’s rule for “affect[ing] the Russian intelligence community in the same way as other areas of Russian life: They’ve made it less intelligent and emptied it of competent professionals.” Thousands of protesters have been gathering in Ingushetia’s capital for four days running, demanding the resignation of their leader over a land deal with Chechnya. The territory is facing its “most profound political crisis since its formation in 1992,” says the Moscow Times.