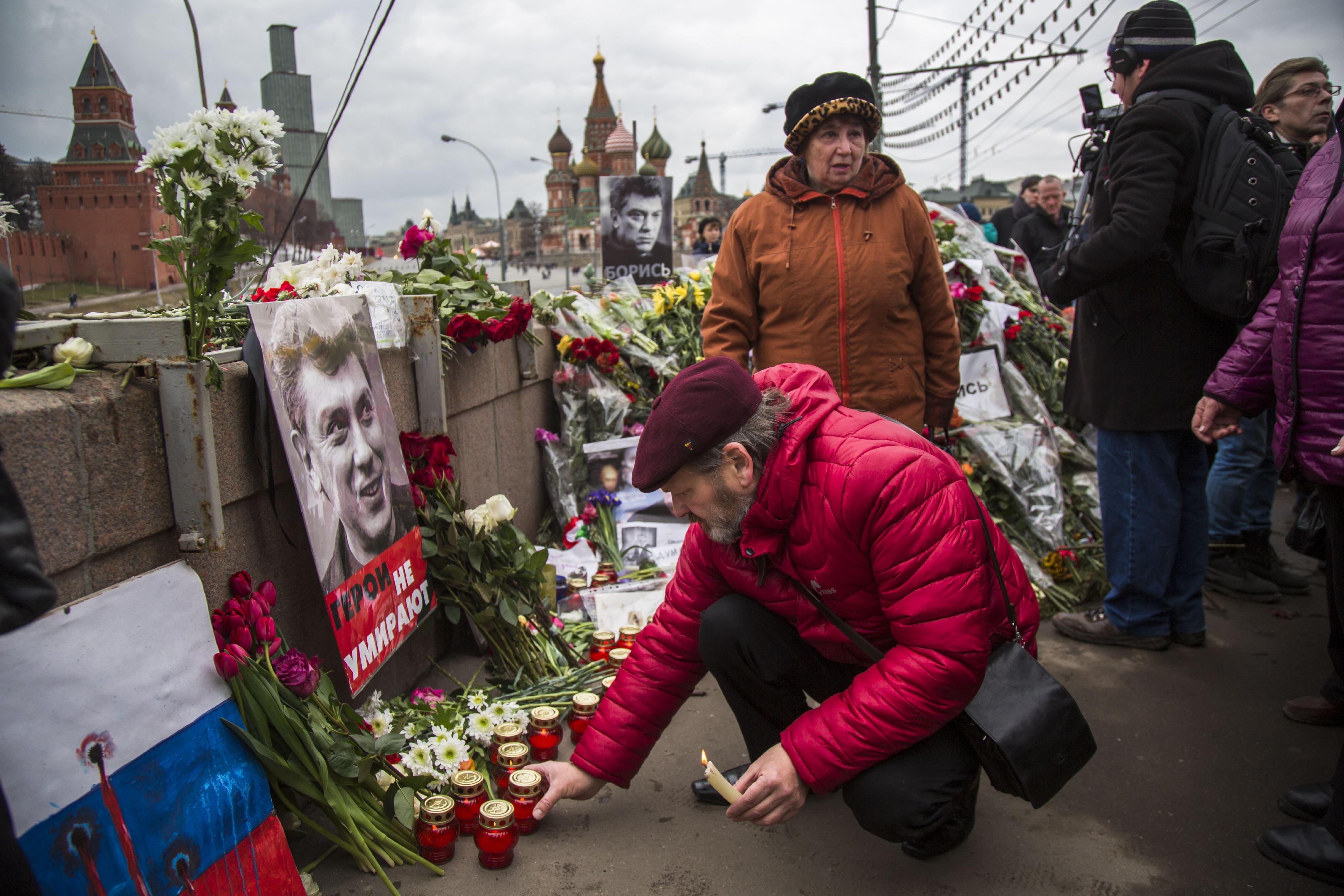 Two Chechen men have been charged with the murder of Boris Nemtsov; one of them confessed, and the other was supposedly convicted on evidence, but a coherent explanation of their motive and who may have hired them to carry out the killing remains lacking.  Three further suspects are being held in custody; another blew himself up after being confronted by police. Zaur Dadayev, who confessed to the killing, served for ten years in a Chechen police unit,  and is a former associate of Kremlin-backed Chechen leader Ramzan Kadyrov, ‘in a twist to the investigation that raises as many questions as it answers‘.  Investigators may be pursuing an Islamic link to the killing, in relation to Nemtsov’s support for the cartoonists at the French magazine Charlie Hebdo, and Dadayev’s statement in court ‘I love the prophet Mohammed’.  Maria Popova says that, despite the detentions, the investigation is ‘unlikely to be thorough and transparent’.  Nemtsov’s close ally Ilya Yashin expressed a more widespread suspicion in saying he hoped the detentions were not ‘a mistake’.  In Nemtsov’s final interview, he accused Vladimir Putin of ‘programm[ing] my countrymen to hate strangers’.  Ben Judah calls out Russia’s ‘bloated security state’.  Given the extent of surveillance against him before he died, ‘some of Nemtsov’s associates say they are bemused as to how he could be shot dead without state security agencies being immediately aware.’

President Vladimir Putin has given himself and his colleagues a 10% temporary pay cut, beginning in May.  Imports from countries outside the former Soviet Union have fallen 36.9% for the first two months of 2015, year-on-year.  The Chinese Foreign Minister says Russia and China are set to finalise their gas agreement later this year, and praised their ‘mature and stable’ relationship.  Former Finance Minister Alexei Kudrin hits back at Alexei Sushkov’s suggestion that Coca-Cola and McDonald’s should leave Russia, arguing that such a measure would ‘really hit Russian industry’.  The Levada Center has been tracking Russian attitudes towards the U.S. since 1988 – see the charted results here.  Russia is considering raising taxes on Google.

Russian Railways boss Vladimir Yakunin says traditional values need to be defended against threats from gay activists, and says it is a ‘trick’ that gay rights are being suppressed in Russia.  Time magazine named opposition activist and blogger Alexei Navalny as one of the 30 most influential people on the internet.  Navalny, who was released from jail on Friday, says he will not give up in his political efforts in the wake of Boris Nemtsov’s killing.

PHOTO: Mourners following the Russian tradition of memorialising a person nine days after a death lay flowers and votive candles at the place where Boris Nemtsov, a charismatic Russian opposition leader and sharp critic of President Vladimir Putin, was gunned down on Friday, Feb. 27, 2015 near the Kremlin, in Moscow, on Saturday, March 7, 2015. (AP Photo/Alexander Zemlianichenko)