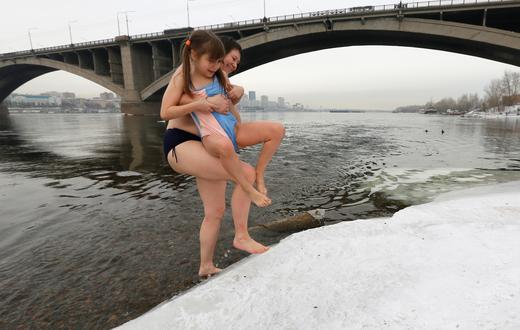 TODAY: Putin and Medvedev congratulate women for taking care of home and smiling; Slutsky apologises to accusers as Navalny calls for his resignation, alleges corruption; Syria military spending past $4.4bn; Lavrov and Tillerson near miss in Ethiopia; US has no plans to contact jailed escort; Ukraine threatens to seize Gazprom assets.

President Vladimir Putin congratulated Russian women on International Women’s Day yesterday by charging them with being the only humans capable of creating “a hospitable climate at work and at home, to carry the burden of daily chores to take care of the home and children and to serve as a moral example”. Prime Minister Dmitry Medvedev’s Twitter offering included the hope that women will “be tired less, and smile more”. To mark the day, TASS conducted this interview with Foreign Ministry spokeswoman Maria Zakharova, discussing her love of flowers and home decorating. State Duma deputy Leonid Slutsky used the occasion to change his tune and apologise “to those of you I’ve caused any discomfort, consciously or unconsciously”, in the wake of sexual harassment allegations that he initially denied. The same day, opposition leader Alexei Navalny called for Slutsky’s resignation, partly due to the allegations against him and partly due to new allegations that he is corrupt, living well beyond his official means, and linking one of his luxury Bentley cars to 825 traffic violations in less than a year. Navalny’s request to hold a rally in Moscow on election day later this month was rejected. A state television anchor commented on the Sergei Skripal attempted murder in the UK that “traitors [rarely] live to old age”.

A Russian report claims that Moscow’s spending on its Syria military campaign ($4.4 billion as of this month) is forcing large cutbacks in domestic spending. This piece argues that Russia’s hands are tied in Syria regarding extricating itself because it now must remain to protect the Assad regime. Both Foreign Minister Sergei Lavrov and US Secretary of State Rex Tillerson are staying at the same hotel in Ethiopia this week, but have no plans to meet, with both sides giving different stories on why not.  A spokeswoman for the US State Department says they have no plans to contact escort Nastya Rybka, who appealed to the US for help in escaping prison in Thailand in exchange for information about alleged Russian election interference. RFE/RL sheds light on Kremlebot, a paid Internet troll with the Internet Research Agency, who describes his job as “shitting in the comment boxes”.

Ukraine is planning to seize Gazprom’s assets if it does not comply with the Stockholm arbitration court’s ruling for it to pay Naftogaz $2.5 billion. London’s High Court has set aside the injunction that was preventing Roman Abramovic from selling his 6% stake in Norilsk Nickel. Rosneft head Igor Sechin has appealed to the President for an annual 145 billion ruble (roughly $2.5bn) tax break.