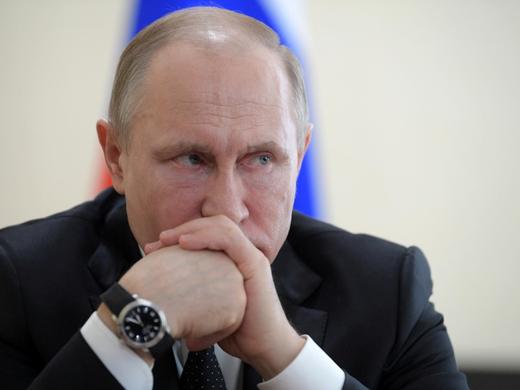 UN Security Council members are calling for a meeting after a reported chemical attack in Syria sparked outrage, causing even the usually neutral Donald Trump to issue a direct condemnation of President Vladimir Putin for a “mindless CHEMICAL attack”, vowing that Russia, Iran would “pay” for supporting Syrian President Bashar al-Assad. Russia’s Foreign Ministry denies the reports of the attack as “dangerous provocations”. Just days earlier, Trump announced the US’ toughest anti-Russian sanctions to date, targeting 7 oligarchs, 12 of their companies, and 17 senior government officials, in retaliation for alleged 2016 presidential election meddling as well as other “malign activity”. Russian officials have denounced the new measures as “lawlessness and impotence”. The oligarchs targeted include Oleg Deripaska, Viktor Vekselberg, Kirill Shamalov, and Suleiman Kerimov. Two of Deripaska’s companies, EN+ and Rusal, lost 20% each of their value on the Moscow exchange as a result; Bloomberg says he is bearing the brunt of the latest measures, which are especially targeted at “companies that have wide-ranging involvement in international capital markets”. A Trump official told the press that a hack on an Arizona election database during the 2016 elections originated not with the Kremlin but “suspected criminal actors”.

Rospotrebnadzor has fined 539 of over 11,000 hotels inspected in the run-up to the World Cup for price hikes. One of the delayed stadiums is due to be completed 3 days before the first test match. The US is warning its football fans to reconsider traveling to Russia for the President Vladimir Putin fired 11 high level officers in 2 of Russia’s main law enforcement agencies, and promoted the lead investigator in the case against director Kirill Serebrennikov. Roskomnadzor has moved to block messaging app Telegram after it missed its deadline to provide the Kremlin access to users personal messages.

Foreign Minister Sergei Lavrov denied last week’s “desperate” claims by The Times that the nerve agent used against former spy Sergei Skripal (who is now apparently recovering) originated in a military factory on the Volga. The Russian Embassy in London is seeking a meeting with the British Foreign Secretary over the issue.