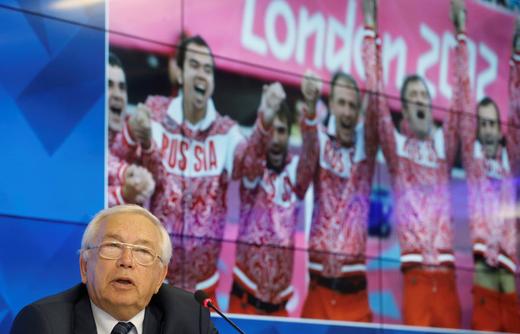 The President of the International Olympic Committee says the decision to exclude the entire Russian Paralympic team from next month’s Paralympic Games in Rio has nothing to do with the IOC’s decision regarding athletes for the Olympics.  The Kremlin is planning to take legal measures against the ban, and believes the decision was politically motivated.  A region in Siberia is planning to sue the International Paralympic Committee (IPC) for funds that it spent supporting Russian paralympic athletes.  Russia’s Paralympic Committee (RPC) will challenge the ban this week in the Sport Arbitration Court.  A group of 60 OSCE observers will arrive in Russia next week in order to monitor preparations for the upcoming State Duma elections.  Crimean Tatars are reporting the appearance of armed Russian checkpoints and ‘unusually large concentrations of Russian hardware’ at various sites around northern Crimea, sparking residents’ fears regarding the current situation in Ukraine; the Foreign Ministry admits that it is ‘seriously concerned’ about the current levels of violence in the Donbas region.  ‘What is disturbing with the “blame Putin” stance endorsed by serious Western politicians, analysts and news media outlets is that it makes the Russian leader appear omnipotent,’ argues Ivan Krastev.

The Federal Anti-Monopoly Service has opened a case against Apple regarding alleged price-fixing on iPhones being resold on the Russian market.  The Central Bank says the economic recession is over; it is attempting to absorb surplus liquidity by replacing its repo loans with the offer of ‘storing’ funds for lenders.  The Federal Treasury disclosed the year’s budget deficit so far; the figure is up 35%, year-on-year, to 1.5 trillion rubles ($23.2 billion).  Energy Minister Alexander Novak says Russia is not currently looking to discuss a freeze on oil outputs at current prices, but that the option may come up for consideration again.  The Kremlin’s stake in Rosneft may not get sold before the end of this year, according to the Economic Development Minister.  The regional government in Sakhalin is offering interest-free loans to residents to help them purchase or build housing.

Turkey has reinstated access to the website of the Kremlin’s news organ, Sputnik, having blocked it in April.  President Vladimir Putin met with the leaders of Azerbaijan and Iran in Baku yesterday, for individual bilateral meetings as well as three-party talks.  Azerbaijan and Iran are both interested in Russia as a weapons exporter, according to Deputy Prime Minister Dmitry Rogozin, as attentions turn to ‘common threats’ and how to combat them.  The three agreed to exchange information on terrorism and counter-terrorism measures.  There is potential for the delivery of liquefied natural gas from Russian to Iran via Azerbaijan.

PHOTO: Vladimir Lukin, president of the Russian Paralympic Committee, speaks during a news conference after Russia was barred from taking part in next month’s Rio Paralympics, in Moscow, Russia, August 8, 2016. REUTERS/Maxim Zmeyev