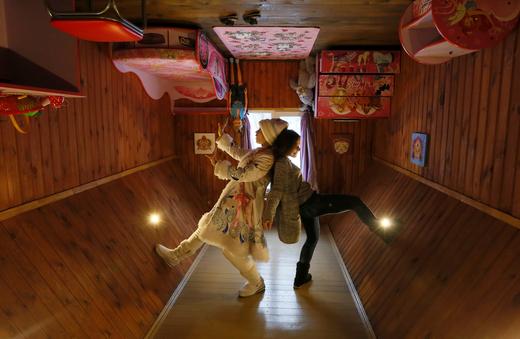 Foreign Minister Sergei Lavrov’s claim that the Syrian army has suspended military activity in Aleppo was denied by rebels and residents.  The head of British MI6 said that the UK and its allies would not be safe until the Syrian crisis is over, and argued that the military campaign in Syria is creating a new generation of terrorists.  New US legislation builds on the existing Magnitsky Act to extend the President’s powers to impost visa bans and freeze financial assets against those who target whistleblowers or citizens who exercise freedom of speech; it does not mention Russia directly but was apparently vigorously lobbied by groups who had Kremlin support, according to RFE/RL.  The US Senate’s new Pentagon budget bill prohibits military cooperation with Russia until it discontinues its ‘aggressive and intimidating behavior’ in Europe.  The US and Afghanistan are apparently concerned about Russia’s possible ties with the Taliban.  As part of an ‘optimisation’ drive of healthcarefacilities, Moscow is shutting down a number of its psychiatric hospitals.

News that the Kremlin’s stake in Rosneft would be sold to Qatar, Glencore, and an unnamed bank, have raised questions regarding the terms of the deal (given the backdrop of Western sanctions) and who stands to benefit.  Gazprom is making headway on its Turkish Stream pipeline, signing a new building contract with a Swiss company.  The silence of the public and political elites on the arrest of former Economic Development Minister Alexei Ulyukayev ‘gives some indication of the condition of both,’ says Nikolai Petrov.  President Vladimir Putin says that it is necessary to monitor social media for any promotion of extremism, but draws the line at employing broad brush rules for posts.  The Federal Antimonopoly Service says it has transferred its case against Google into the sphere of criminal law.  The BBC’s list of 100 influential women includes Russian Foreign Minister spokeswoman Maria Zakharova, activist Maria Baronova and, to Baronova’s dismay, Olympic whistleblower Yulia Stepanova.

The BBC reports on the ‘jawdropping’ amounts of industrial pollution in Chelyabinsk, which includes nuclear-poisoned waterways and air polluted by steel and coal plants.  What was Carter Page, former foreign policy adviser to Donald Trump, doing in Moscow yesterday?  An exhibition at the New York MOMA focuses on Russian avant-garde art from around the revolution of 1917.

PHOTO: A visitor and an employee dressed as Snegurochka (Snow Maiden), the granddaughter of Ded Moroz (Russian equivalent of Santa Claus), pose for a picture inside an upside down house, constructed as an attraction for local residents and tourists and located at the Royev Ruchey Park of Flora and Fauna in the suburbs of Krasnoyarsk, Russia, December 7, 2016. REUTERS/Ilya Naymushin