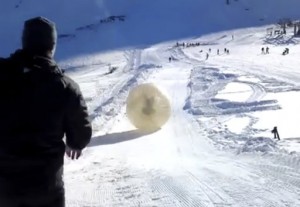 Leonid Razvozzhayev has been sent from his central Russian holding cell to Siberia, where it is thought he could face pressure to name leading opposition figures as his accomplices in an alleged plot to overthrow Vladimir Putin.  His lawyer says he was not informed of the transfer, hearing of it only through media sources, and said he was concerned about the pre-trial detention centre’s ‘bad reputation’.  Moscow has granted permission for up to 20,000 activists to hold a protest this Sunday against the ban on U.S. adoptions.  A group of unknown activists hung an extremist banner opposite the Kremlin; the poster features several logos including that of the banned National Bolshevik Party and the United Russia party underneath the heading ‘Extremist Organizations of Russia’. No one has yet claimed responsibility.  A VTsIOM poll suggests that most Russians consider low living standards and corruption as the country’s most pressing problems, in particular housing and utilities issues.

Under new legislation submitted by Vladimir Putin, match-fixers in Russia could face seven years in jail.  Russian and U.S. diplomats will meet with the international mediator for Syria, Lakhdar Brahimi, in Geneva tomorrow.  Sales at retailer Magnit outdid forecasts last year to rise 33.6%.  A Brooklyn-based Jewish group, Chabad-Lubavitch, wants civil fines imposed on Russia if it does not return tens of thousands of historic books and documents currently held by the Russian State Library.  Nigeria is to charge fifteen Russian sailors detained over suspected arms smuggling last year.

Safety at Russia’s ski resorts is under scrutiny after a deadly accident with a plastic ‘zorb’ ball was caught on film at the Dombai ski resort, revealing no barriers in place to protect riders.  Russians spent $30 billion on their holidays in 2011, compared to tourism inflows of $10 billion, says a new study.

PHOTO: In this frame grab made Wednesday Jan. 9, 2013, taken from APTN video provided by Yekaterina Achkasova, her husband Denis Burakov and another man are seen rolling down a hill inside a large plastic ball called a zorb.