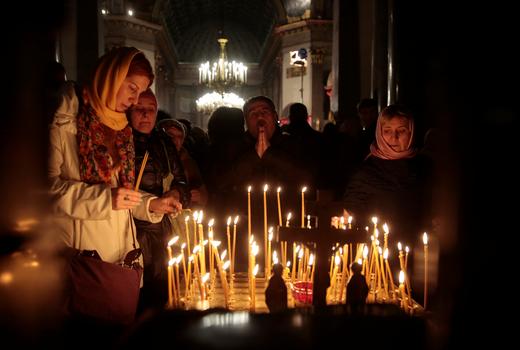 More than 10 million Russians took part in celebrations in Moscow over these past ten days of New Year’s holiday; during the same period each year, roughly 18,000 die due to alcohol consumption. According to the Russian Public Opinion Research Center, the majority of Russians are content with their personal and domestic lives, and with the overall situation in Russia. The Dutch Court of Appeal has ruled that Stolichnaya and Moskovskaya vodka, currently sold by Luxembourg-based company Spirits International, should stop using the brand name in Benelux, because the right belongs to Russian state-owned company Sojuzplodoimport. Under the ruling, Spirits International will repay all of the profit it has made from its Russian-name brands in the region since 1999. 19,000 tons of western food products have been destroyed in Russia since its import ban in 2014. 42 Russian athletes are appealing the bans for doping violations issued by the International Olympic Committee in connection with the 2014 Sochi Winter Games.

Forbes explores the rumour that Rosneft CEO Igor Sechin is the most powerful man in Russia, more so than the President, due to the “list of men he has put in metaphorical body bags”, his recent no-show at the Ulyukayev trial, and his uncontested acquisition of Yukos. “Imitated democracy is a complex political entity,” says Der Spiegel. Vladimir Putin’s election campaign headquarters has had its coffers filled and will begin working soon. A volunteer that was filmed being beaten whilst canvassing for presidential candidate Ksenia Sobchak, has been identified as a past member of pro-Putin nationalist group the National Liberation Movement. Yuri Dmitriev, the historian who exposed the crimes of Soviet leader Josef Stalin, is undergoing psychiatric testing this week in connection with charges that many say are fabricated; his lawyer says that he has already been tested, and that the latest round was illegally ordered. “It’s a purely Soviet procedure.”

The head of the Chechen brand of Memorial Human Rights Group has been detained, accused of possessing an illegal substance. Russia is insinuating that recent drone attacks on its military bases in Syria were carried out with help from the US. The Pentagon rejects the accusations as “irresponsible”. Soviet-era opera star, former Bolshoi Theater soloist Alexander Vedernikov, has died aged 90.