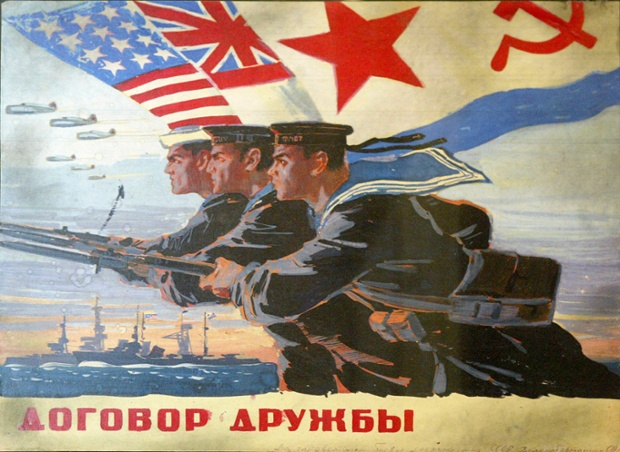 Despite a full day of talks, Russia, Ukraine, and the European Commission are no closer to resolving their ongoing gas pricing row, but Kiev says it has reached a ‘mutual understanding’ with Moscow on some parts of a peace plan to end violence in the east.  In an interview with TIME magazine, Ukrainian President Petro Poroshenko indicates that his sights are set on alliances with the West and a prosperous economy: ‘To be honest, I’m not very interested in what Citizen Putin thinks of my state.’  Poroshenko’s position indicates that he needs Western, not Russian help – so much for Foreign Minister Sergei Lavrov’s iteration that Russia is doing all it can to help resolve the Ukraine crisis.  A recent poll by the Russian Public Opinion Research Center indicates that state television’s angle on Ukraine is winning over the population – 43% of Russians now see Poroshenko as representing the interests of the U.S. and E.U.  Russian industry analysts said news that Bulgaria had suspended construction of the South Stream gas pipeline amounted to the West somehow imposing ‘economic sanctions by stealth’; but Bulgaria says its construction plans are merely on hold, and that they will be resumed once structural issues have been resolved, and Kremlin spokesman Dmitry Peskov says it’s too early to make any official comment on the news.  Vladimir Frolov draws comparisons between Putin’s Russia and Iran.

A $26 billion state program assigning Rosatom to the development of an atomic energy complex by 2020 has been approved by the Kremlin.  Mobile phone operator Megafon says it has extended cooperation with key supplier Huawei, of China, for seven years.  Marking the beginning of ‘an era of Internet regulation’, President Vladimir Putin promised to impose greater controls over the internet, causing Yandex shares to rally to a three-month high.  Unilever, the consumer goods maker, says it still has faith in Russia as a key growth market.  Western oil companies are continuing to invest in Russia despite the risks of further sanctions, with a good chance that they will never come, says the New York Times.  As Putin says, interest in Russia’s Arctic reserves ‘is a planetary interest’.  According to officials in Rostov, over 7,300 Ukrainians have fled to the region since Sunday.

Two of the five men convicted of murdering journalist Anna Politkovskaya in 2006 were given life sentences yesterday – but the case remains largely unsolved; RFE/RL has a list of the eight most plausible explanations for the killing.  Among the five new NGOs added by the Justice Ministry to its list of ‘foreign agents’ is election watchdog Golos.

PHOTO: From a Guardian piece on Soviet propaganda. A second world war poster from the Museum of the Great Patriotic War in Moscow. The poster, featuring US, British and Soviet servicemen, is part of the museum’s section chronicling the allies’ wartime efforts. (AP)