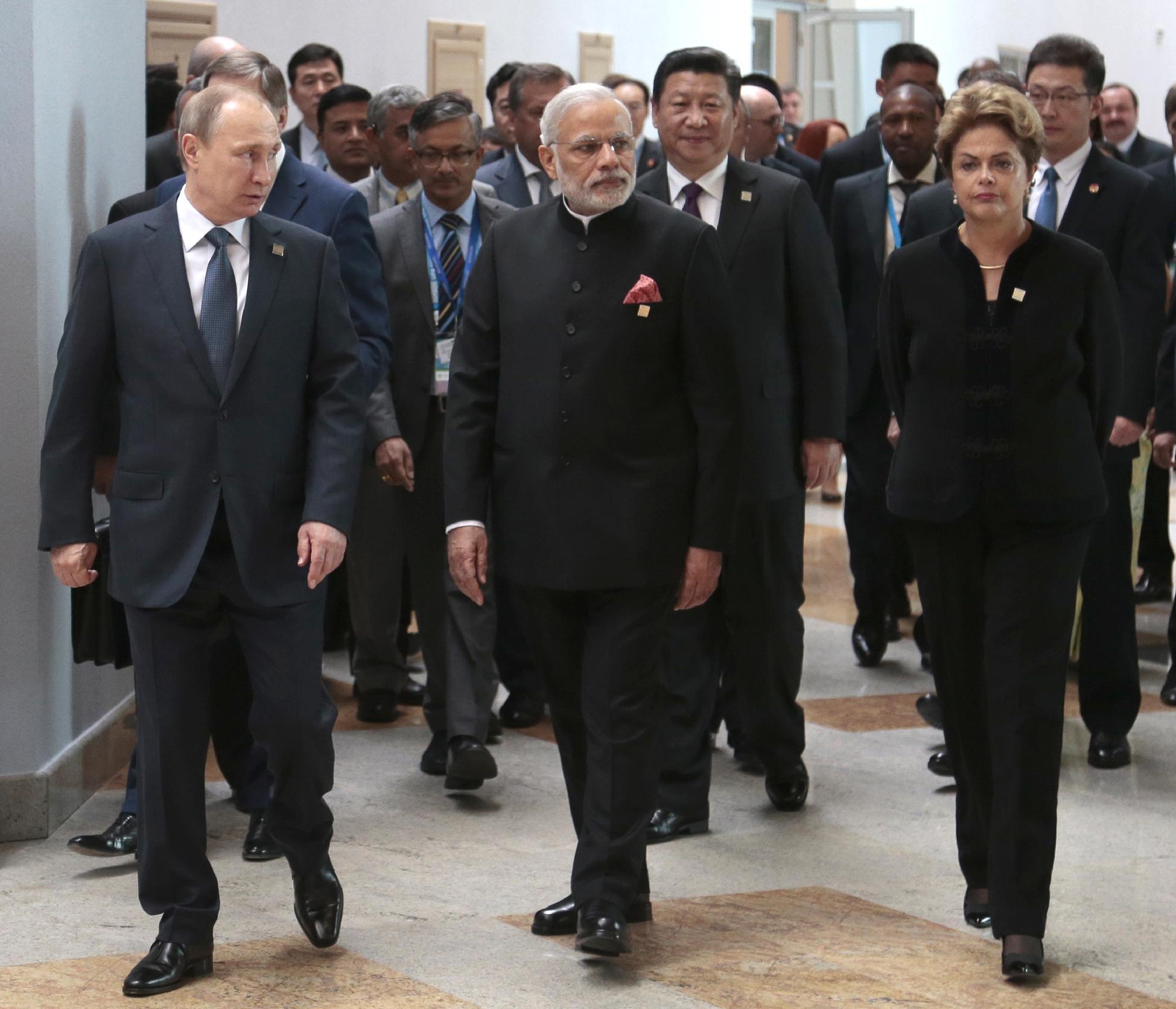 Opening a plenary meeting of the leaders of the SCO, the BRICS, and the Eurasian Economic Union (EEU) attended by 13 heads of state, President Vladimir Putin praised those gathered for their cooperation and mutual respect. ‘Various religious traditions and socio-economic systems do not divide us at all,’ he said.  The New York Times describes the BRICS as having ‘struggled to come up with unified actions, often instead focusing on criticising the West’ in the past six years; but Deputy Foreign Minister Sergei Ryabkov praised the BRICS as ‘an already established new center of the multipolar world’.  The U.S. military’s Joint Chiefs of Staff is the latest to portray Russia as the world’s greatest threat to U.S. national security.  Iranian President Hassan Rouhani met with Putin to thank him for his work on the Iranian nuclear deal, with both sides celebrating good relations.  Greece has revealed details of its planned €2 billion gas project with Russia.

Anti-Russia sanctions are not going to make Russia give up Crimea, says Sergei Ryabkov.  The Federation Council says the European Union needs to reconsider its position and join discussions.  At a meeting organised by the Organisation for Security and Cooperation in Europe, 96 lawmakers representing over 50 countries condemned Russia’s actions in Crimea and Ukraine. Thousands of Crimeans are effectively foreigners in their own homeland since the annexation because they have not yet been able to acquire Russian passports.

Kremlin critics say recent measures cracking down on rights organisations and charities are contributing to a climate of fear.  Russia’s banking industry is seeing a surge in mergers and acquisitions as the economic crisis leaves smaller lenders more vulnerable to takeovers.  Chinese investors bought around $875 million worth of Russian domestic treasury bonds this year.