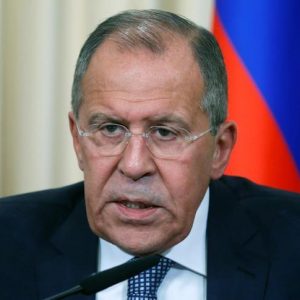 Russia has vetoed a draft Franco-Spanish U.N. resolution aimed at stopping the bombing of Aleppo on the basis that it is ‘politicized and one-sided.’  Russia says that the resolution is aimed in fact at covering up the activities of the Jabhat al-Nusra terrorist group and argues that those behind it are more concerned about regime change than the suffering of citizens.  French President Francois Hollande, who has invited Putin to Paris for talks on October 19, has told reporters that he was mulling cancelling the meeting, wondering, ‘Can we do anything to counter what he [Putin] is doing with the Syrian regime?‘  As the State Duma authorized the ongoing aerial bombardment of Syria, U.S. Secretary of State John Kerry called for an investigation into possible war crimes perpetrated by Russia and the Assad regime – which has prompted the Foreign Ministry to consider suspending diplomatic contacts with him.  He is not alone – French foreign minister Jean-Marc Ayrault plans to ask the International Court of Justice to initiate an enquiry into possible war crimes in Syria.

As ties with the West worsen (one analyst writes that they have ‘lapsed into a new Cold War’) Foreign Minister Sergei Lavrov has suggested that Washington threatens Moscow’s national security in a televised interview.  The news that Moscow is considering re-opening former military bases in Cuba and Vietnam has reinforced fears of Soviet revanchism.  As a decision to move nuclear-capable Iskander-M missiles into the Kaliningrad enclave bordering Poland and Lithuania spooked its Baltic neighbours, the Russian defence ministry has asserted this is part of regular drills.   Relations with Turkey seem to be firmly on the mend, with plans afoot to sign a program of economic, cultural and scientific-and-technical cooperation at the start of next year along with creating a joint investment fund with capital of $1 billion.

An anthrax outbreak is likely to claims the lives of 100,000 reindeer in the far North, according to the governor of the Yamal-Nenets region, though scientists says it may be twice that number.  Police who seized a banner which with a quote condemning the murder of opposition politician Boris Nemtsov on the basis of ‘signs of extremism’, have had to return it after they realised that the author of the quote was, in fact, President Putin.